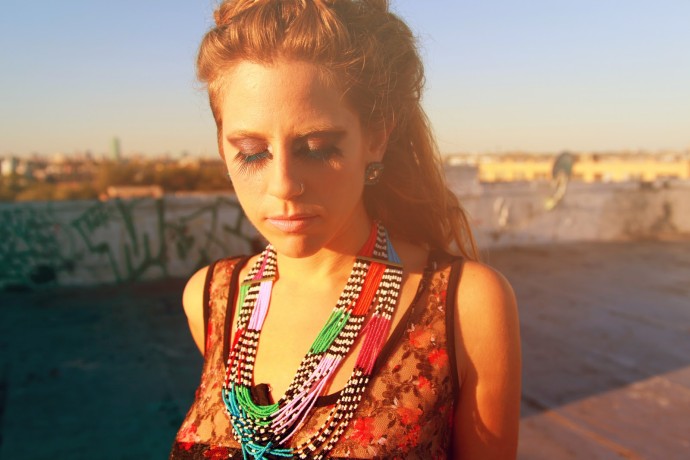 As Paoro explains, “This song is somewhat of a koan to me, and it is a direct reflection of the experiences I’ve had through my practice with meditation and music over the last ten years. As a songwriter and singer, I am on a journey of expression with my voice. And yet, my most profound and even mystical experiences have transcended what words could ever touch.

She continues, “I studied at the Swami Rama Sadhaka Grama ashram in India and once woke in the middle of the night to this beautiful singing. I followed the voice and found out it was a monk who had spent the last 40 days in silence and was breaking the speech fast with music. Despite all the noise, voices and perspectives in the world, I can hear a glimpse of a voice that seems universal but ironically, that only comes through becoming completely quiet in meditation, and it is an experience that is not translatable (for me). And that is the frustration of no language.”

On her recent Anti- debut album After, Paoro worked with producers Sean Carey (drummer / supporting vocalist for Bon Iver) and BJ Burton (The Tallest Man on Earth, Sylvan Esso, and others) to even further deepen her musical repertoire, creating a hybrid of R&B, synthpop, and indie-leaning electro rooted in an earthy minimalism, drawing from influences ranging from Carole King to Portishead, Aretha Franklin and beyond. The album was recorded at April Base, a Wisconsin ranch house that Vernon had converted into a studio with songs co written with number of songwriters including Sterling Fox, Peter Morén (Peter Bjorn and John), Max Hershenow (MS MR), and Adam Rhodes.