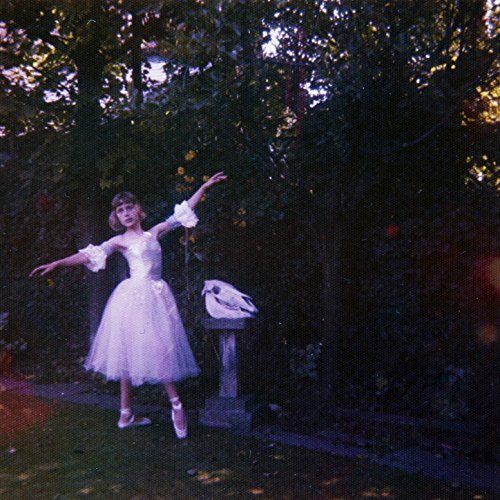 Visions Of A Life

From their earlier singles and EPs, dating back to 2012 and their 2015 seminal debut album ‘My Love Is Cool’ to now – Wolf Alice have been on a meteoric rise. The London outfit’s first album propelled them to lofty festival slots, a No 2 chart position in the UK, No 12 in the US alternative charts, nominations for a ton of awards, contributions to soundtracks and a shitload of gigs worldwide. Suffice to say, Wolf Alice are at the tipping point of greatness and with their sophomore record ‘Visions Of A Life’ comes a weighty expectation – can the four piece repeat and build upon the artistic direction and success that’s been gathering steam for a good five years now? Yes, yes they can! ‘Visions Of A Life’ takes all that’s great about ‘My Love Is Cool’ and ups the ante – there’s the giddy feeling of friendship, love, loss, frustration, anger and a sonic template that’s been expanded to fit the quartet’s eclectic leanings. Lest we forget, Wolf Alice are a band that are predictable in their musical unpredictability – switching their DNA from gutter punk, celestial shoegaze, big expansive rock songs and tracks that shrink down to a fragile husk all in one record and sometimes all in one song.

It’s not the case of “if it ain’t broke, don’t fix it” more the chance to develop a sound that’s still got many furrows to plough. Guitarist Joff Oddie simply states “on the first record maybe we were trying to hold back on certain aspects. With this one, we thought ‘we can do what we want”. That feeling of not holding back is evident on lead single, ‘Yuk Foo’ a raging two-minute ball of blistering fury, where it seems guitarist/vocalist Ellie Rowsell has taken a good swig on some truth serum as she’s in volatile form, barking “I want to fuck all the people I meet/fuck all my friends and all the people in the street/cos you bore me/you bore me to death”. The explosiveness is typified by Rowsell declaring “Cos I’m a human/a totally self-destructing constantly consuming/and now I’m fucked/and that fucks you too/so fuck the world and you and you and you”. It’s as if the tensions of modern life are being exorcized from the band and with it comes a sense of relief and catharsis.  It’s not all violent bursts of feral energy, ‘Don’t Delete The Kisses’ is a dream-like ode to the trepidations of love and taking the ultimate plunge of realising you’re head over heels for someone “when I see you the whole world reduces to that one room”. Opening track ‘Heavenward’ is a stratospheric haze of gauzy guitars – the kind of thing Sonic Youth would have made, had they not wanted to perforate eardrums all the time – which is dedicated to a friend Rowsell recently lost – ‘Go Heavenward/like all earth angles should/I’m gonna celebrate you forever”. It’s a touching tribute to a much missed loved one.

‘Visions Of A Life’, conveys a sense of enormity – certainly in its track names. There’s of course, ‘Heavenward’ but also ‘Planet Hunter’ is a slow burning moment that gradually swells to something, well, planet sized. The ethereal sounding ‘Sky Musings’ is huge in its own, expansive way, whilst illustrating a self-analytical view and a reminder to enjoy the position Wolf Alice find themselves in “look out of your window/you’re on top of the world”. The rampant ‘Space & Time’ captures the Londoners in ragged form with this pulsing rock track acting like a rear-view mirror of sorts “take me to the future/just so I can look back into the past”. The album is wrapped up by its eponymous moniker; a sprawling colossus in parts and an intimate, brooding beast in others – it’s essentially a mega-mix of the whole album squished into just under eight minutes, a fitting end to a focused but diverse body of work.

Determined, confessional, intimate and grandiose, and still with a dash of youthful exuberance ‘Visions Of A Life’ is another thrilling step on Wolf Alice’s journey to something rather special. 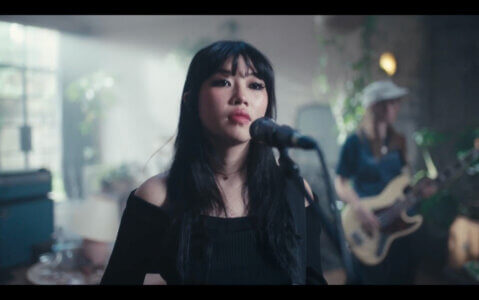 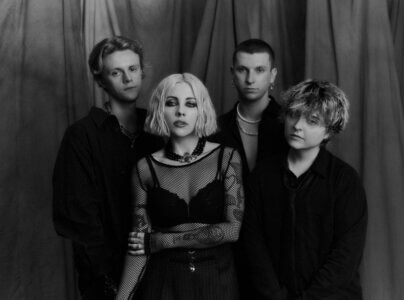 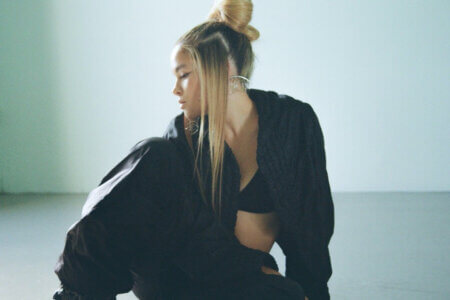