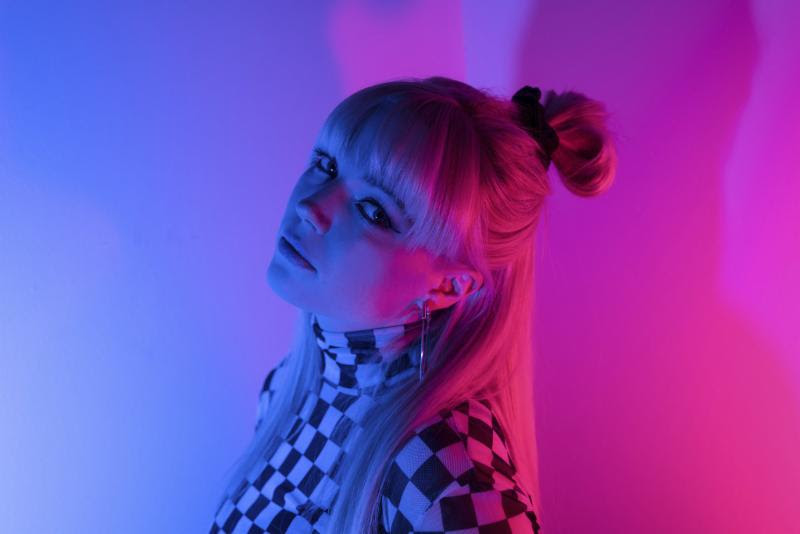 Alternative pop artist Violet Days is proud to debut ‘Just A Little’, the second single off of her upcoming EP “Made in My Head” – out this summer. ‘Just a Little’ is the followup release to ‘Somber’, featuring morgxn, which came out earlier last month.

Vocalist Lina Hansson defines her sound as synthpop style – a whimsical sound found at the the point where electronic production meets pop music; Lina writes all of the music with her creative partner, producer Kris Eriksson.

Violet Days’ early releases have racked up millions of plays on Spotify, with their first single, “Your Girl,” hitting over 13 million streams on that platform alone. Their official songwriting and production credits include collabs with Phoebe Ryan, Cash Cash, Shaun Frank and The Chainsmokers, whose hit song ‘Paris’ they co-wrote.

If you are in Los Angeles, you can catch Violet Days at “It’s a School Night” this Monday, May 7th, at Bardot in Hollywood.

A collaborative project a few years in the making, Violet Days is the creative vision of lauded singer-songwriter/artist Lina Hansson and celebrated songwriter/producer Kris Eriksson. Hailing from Stockholm, Sweden, Hansson and Eriksson have together made an indelible mark in the pop and electronic music worlds, having helped shape some of the biggest modern pop tracks of the last five years. Today, Lina steps from behind the scenes and into the spotlight as Violet Days with the release of their debut EP “Made in My Head,” which is produced in its entirety by Kris Eriksson and will be released in the summer 2018.