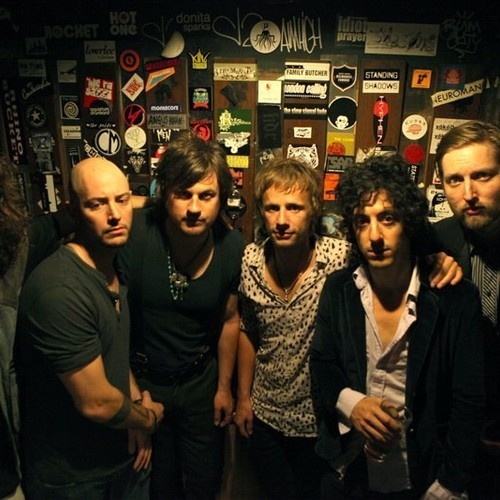 After his last world tour with Louis XIV in the Spring of 2009, frontman and producer Jason Hill converted an isolated 100 year old house in the Hollywood Hills into a recording studio named Ulysses. Brimming with instruments and vintage equipment such as tape machines, plate reverbs (and a fireplace), he quickly began writing songs. Late night recording parties ensued, friends started dropping in more frequently and a grand experiment was born. By the winter of 2012 the full album, The Synthetic Love of Emotional Engineering, was finished and a band name was dubbed VICKY CRYER and proved to be a star studded affair of friends featuring Dominic Howard (drums, Muse), Mark Stoermer (bass, The Killers), Nick Fyffe (bass, Jamiroquai), Dave Elitch (drums, Mars Volta), Jeff Kite (keyboards, Beat Club, Julian Casablancas), Alex Carapetis and even an appearance from New York Dolls icon David Johanssen.

After four years apart Louis XIV will reunite with the original lineup for a short stint of dates in Europe with The Killers. In addition to all of the above, Jason Hill founded Fancy Animal Records this year.  There are a slew of exciting records slotted for 2013, more details to be announced soon.