The Verve to reissue albums 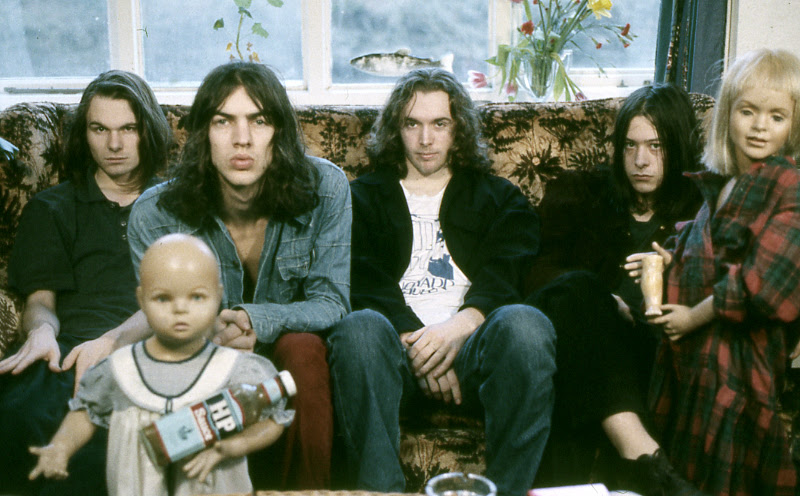 Back then, of course, they were known simply as ‘Verve’… But can it really be almost 25 years since Richard Ashcroft (vocals), Nick McCabe (guitars), Simon Jones (bass) and Pete Salisbury, (drums).

On September 9th UMC release expanded editions of The Verve’s seminal first two albums A STORM IN HEAVEN and A NORTHERN SOUL. Both remastered by Chris Potter (co-producer of the band’s Urban Hymns) at Metropolis studios, the albums feature previously unreleased and never-heard-before tracks, E.P. and B-sides material and BBC sessions.

Both albums are presented as 3CD box sets (A Storm In Heaven also contains a bonus DVD) and both come with booklets featuring new interviews and previously unseen photos. Limited edition vinyl versions will also be released in faithful reproductions of the original packaging.

A STORM IN HEAVEN

Released in the UK on 21 June 1993, A Storm In Heaven was a modest UK hit (No. 27 in the album chart) but over the past two decades has come to be regarded as something of a psychedelic classic. Drenched in echo and reverb it is highly atmospheric.

For a debut it was as adventurous and audacious as they come – with Richard Ashcroft’s semi-hallucinatory lyrics of hope, love, isolation and insanity reflecting the burgeoning mood of a generation. Life under post-Thatcher Tory rule might have been grim, but as Ashcroft sang in Slide Away: ‘These are our times and your highs.’

For this reissue the album has been remastered and is augmented by the inclusion of all the pre-album E.P. tracks, associated B-sides and acoustic versions, as well as two previously unreleased BBC radio sessions and two excellent unreleased studio tracks – South Pacific and Shoeshine Girl. The accompanying DVD presents a 1992 Camden Town Hall concert, the USA promo video for Blue, unseen footage of the band in New York in October 1992 and a video for the unreleased South Pacific, made up from footage of the Sawmills recording sessions as captured by producer John Leckie.

The CD / DVD set comes in a lift-off-lid box and features four post cards, a poster and a 48-page book featuring new interviews with the band (Richard aside) and never-before-seen photos by bass player Simon Jones and photographer Michael Spencer Jones, who shot all the band’s sleeves at that time.

“It was pretty much improvised. It was quite bold on our part to actually blag that, and not tell the record company that we didn’t have enough material to make a record. We had the ability but we didn’t have the material. That really put the pressure on making that record, but we didn’t want to put the singles on the album. When it was done, the feeling was all really positive. As a band we were happy – we’d made something we could be proud of, especially considering how young we were. We’d had arguments with the record company over the second and third E.P.s, but when we delivered the album they seemed pretty happy with it because they thought there were singles on it. We’d taken on board what they’d wanted, and without compromising too much, had delivered something a bit more concise and focused. The Americans, especially, were delighted. We picked up a big following on college radio and did a tour across the whole country. We had a big underground following and Slide Away was being played on MTV all the time. In the climate that existed then, it worked.” Simon Jones (bass guitar)

Released in the UK on July 5th 1995, A darker, starker, and more personal affair than their debut. “It was all about waiting for the inspiration. Feel was everything. And if it wasn’t there, we’d get really, really depressed. The song would sound good but there wasn’t that magic. We were waiting for the magic all the time. Then it’d just happen. But like any experience in life, when you go really up – when you reach the peaks – the comedown is incredible. And after six weeks of going up and crashing down, everything you’ve been doing takes its toll. You start losing it. I was elated with the record. I’ve heard of artists who tie themselves to the masts of ships so they could get more inspiration. They’d sail out in a huge storm. And it felt like that. It felt like I’d been through a huge emotional storm. But I got something out of it. Out of all the torment I had a diamond. And that’s what great groups survive on.” Richard Ashcroft, NME, May 1995

“By the time we came to record A Northern Soul it felt a bit more serious. It had to go down properly. We had to get what the band was all about down. We were a great live band by that point. We were all confident players, but we were exploratory players as well. We wanted to do that justice in the studio because we hadn’t really captured what we did as a unit. It was such an intense period – it was engineered to be intense really. We engineered a situation that was stressful in some respects to get the most intense thing we could down on tape. Part of our culture as a band was that we played all the time anyway, but when it came to going into the studio there had to be that extra ingredient. We were always striving for this extra factor, of taking it to a new level. Because of that, we felt like we were under some kind of self-imposed stress and all the shenanigans that went on were part and parcel of our ceremonial approach to making music. When it worked it was incredible…” Nick McCabe (guitar), 2016

Formed at Winstanley Sixth Form College in Wigan in 1989, and versed in everything from The Stones and Funkadelic to Can, this youthful four-piece stood out from the very beginning. While the Nirvana-led grunge scene wallowed in misery and rejection, Verve radiated positivity. And while their British peers gazed forlornly at their shoes, Verve looked defiantly to the stars.

“The Verve are one of the only bands that I’ve ever begged to work with. I chased and hassled them, and that wasn’t something I’d done before. I’ve always been really lucky – people have come to me. I first saw them by accident at The Falcon in Camden. I went to see another band and they were the support. I just couldn’t believe what I was witnessing. That whole dramatic light and shade – loud and quiet. They’d take it down to absolute silence and you’d be able to hear a pin drop. Richard would be on the floor and then suddenly it would explode. It was totally special for me. So I went to see them again at The Venue in New Cross just to make sure it wasn’t a dream.” John Leckie (producer)

A STORM IN HEAVEN

Star Sail
Slide Away
Already There
Beautiful Mind
The Sun, The Sea
Virtual World
Make It ‘Til Monday
Blue
Butterfly
See You In The Next One (Have A Good Time)

Live at Camden Town Hall – 23/10/92
Slide Away
All In The Mind
She’s A Superstar
Staring Stranger
A Man Called Sun
South Pacific
Already There
The Sun, The Sea
Gravity Grave