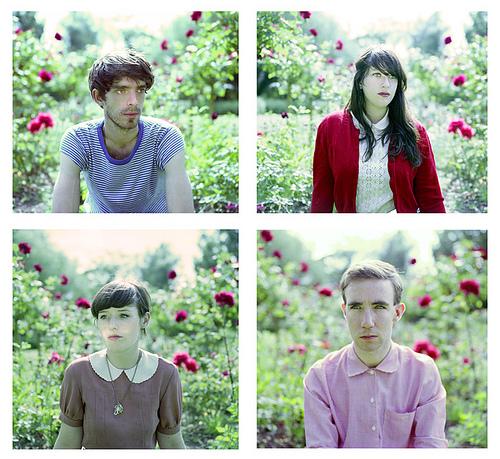 With their second album Waiting For Something To Happen London quartet VERONICA FALLS are getting ready to release their latest single, which is also the title track of their LP, and it comes accompanied by a beautiful black and white video by Paul Kelly, summoning to mind Andy Warhol’s poetic screen tests from the 60’s as the camera lingers over the four members of the band – Roxanne Clifford, Patrick Doyle, James Hoare and Marion Herbain. The single also comes with a brand new B-Side, “Perpetual Motion”, which was recorded while the band were recently in New York.

Veronica Falls will also be heading out on live dates in the UK and Europe in April and May, and, later in the summer, will also be playing a string of festival dates, at the likes of Primavera, Hop Farm, Latitude and Green Man. Fall in love with them now…