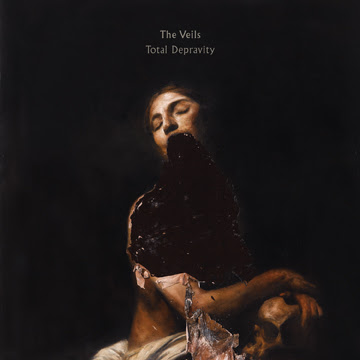 The Veils recently premiered their new single, “Low Lays The Devil.” It’s a song about The Evil One, Big King Below, Beelzebub, the fallen angel, Mephistopheles, Mr. Moonshine,” says lead singer Finn Andrews. “It’s got a beat as big as a house and it’s coming for you in your sleep.”

The album reunites the band with the aforementioned producer Adam ‘Atom’ Greenspan (Nick Cave & The Bad Seeds, Arcade Fire, Yeah Yeah Yeahs, Band Of Skulls) and also sees co-production from Run The Jewel’s El-P. Andrews and El-P met up in various locales to collaborate together. Over a two-year period, Total Depravity was recorded at Estúdios Sá da Bandeira in Portugal, Konk Studios in London, Casa Lynch in Los Angeles and El-P’s studio in Upstate New York.