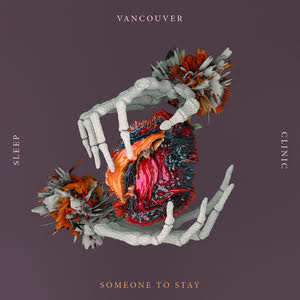 Tim Bettinson, the creative force behind Vancouver Sleep Clinic, is a 21-year-old singer, songwriter and producer from Brisbane, Australia. The band’s first EP, Winter, was self-released on SoundCloud in 2014 with few expectations.

Bettinson’s latest work, including “Someone To Stay,” was written while on a break from touring during a volunteer trip to Cambodia and the Philippines—an experience which put his own circumstances into an acute perspective. This resulted in songs which Bettinson says, “follow the journey of finding my place in the world and finding my feet in what I was doing.” After crafting demos in his home studio, Bettinson travelled to Los Angeles and enlisted the help of producer Al Shux, who has produced hits for Jay Z, Lana Del Rey, Alicia Keys and Lianne La Havas. Further music from Vancouver Sleep Clinic is slated for release later this year.