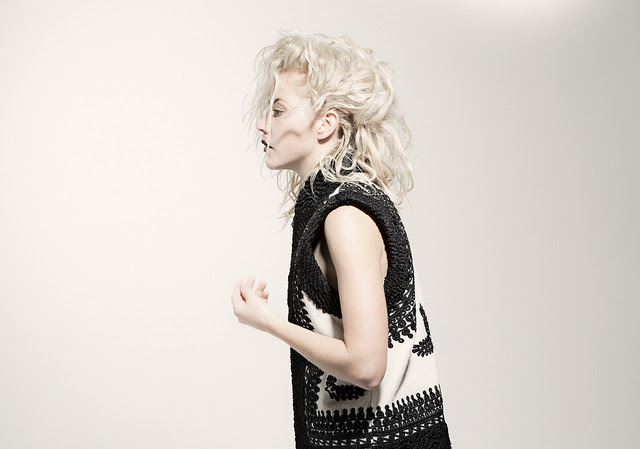 Swedish artist Vanbot announces her new album Siberia that was written and recorded entirely on the Trans-Siberian Railway together with Johannes Berglund who has worked with The Knife, Lykke Li, FKA Twigs, Owen Pallett and Petter Winnberg of Amason.

Last spring, an impulse to flee the ordinary and mundane resulted in a personal and musical adventure along the Trans-Siberian Railway. Vanbot (Ester Ideskog) set out on a seventeen-day journey from Moscow to Beijing – together with producer/mixer Johannes Berglund and Petter Winnberg – and completed her third album from start to finish along the journey.

Vanbot shares the first single from the album, “Collide (Krasnoyarsk)”. The track begins a new chapter in Ester Ideskog’s musical journey. It is less polished than her previous releases and more expansive on the production front. Led by its electronic beat from the start, “Collide (Krasnoyarsk)” incorporates spacious and brooding undertones. Highlighted with an electro-noir shade of color, Vanbot knows how to add ethereal authority around the edges to its pop structure. Ester says of the track:

“Collide (Krasnoyarsk)” was written after four days on the Trans-Siberian Railway, traveling through the deepest parts of Siberia. The temperature was just above zero, it was raining and we were passing through small villages and old industrial communities. It describes the collisions and the attractions in relationships, and having no choice but to accept the raw and un-retouched feelings. You know, it’s like the poem of David Jones: “It’s both a blessing and a curse to feel everything so very deeply”.

“Collide (Krasnoyarsk)” will be available digitally January 20th and Siberia will be released April 7th via Ester’s own label Lisch Recordings and distributed by Sony Music Sweden.