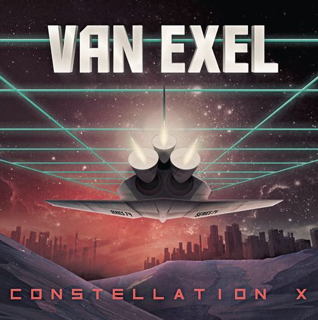 Producer / remixer T.H. White returns from a three year hiatus with a new album under his alt moniker Van Exel. The offering is a Sci-Fi influenced concept album titled Constellation X. Stream the entire album, below.

After releasing several albums and countless remixes (Faunts, Phenomenal Handclap Band and Fol Chen to name a few). White shifted his focus on expanding the scope of his Sony imprint, Sky Council Recordings. After working on releases from artists such as Hundreds, Meghan Wolf, Meet Me in Orbit and André Obin, White decided the time was right to return to his own music.

Known for his production skills, White polished the Constellation X songs over an 18 month period. “I relished the process of working on an album with absolutely no timeframe or deadline. I let this collection of tracks inform me when they were ready, rather than the usual vice versa.”