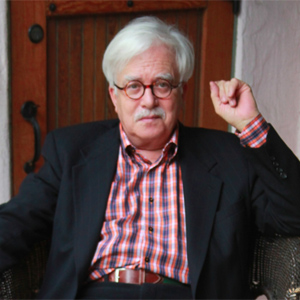 Legendary artist, composer and producer Van Dyke Parks is pleased to announce his first new album of material in over twenty years, Songs Cycled, set for release July 23rd on Bella Union. Following the success of his classic album reissues last year, Songs Cycled contains Parks’ first new material since 1989, expanding even further Parks’ pioneering, and still unique, handle on Americana with the crystal clarity of a 21st century recording. All this in Parks’ 70th year, which makes Songs Cycled extremely special indeed in so many ways. Alongside new originals such as ‘Dreaming of Paris’, ‘Wall Street’ and ‘Missin’ Missippi’, new collaborations such as ‘Sassafras’ and ‘Money Is King’, there are new cover versions and re-recordings of older tracks, and guest vocals from Gaby Moreno and Irana George.

Parks will be making a special appearance in support of Songs Cycled in New York on Sunday, May 19th as part of the Big Sur Brooklyn Bridge concert at Music Hall of Williamsburg with Philip Glass, and will be speaking on a panel as part of the Red Bull Music Academy music conference on Thursday, May 23rd.

In between touring with Fleet Foxes and a performance on NPR Mountain Stage, Parks released Arrangements Vol. 1 last year, a compilation of some of his greatest arrangements, At the heart of some of the great albums of the last 50 years, Parks’ accomplishments include Brian Wilson’s ‘lost’ masterpiece Smile, Randy Newman and Ry Cooder’s first recordings, and Joanna Newsom’s critically acclaimed 2006 album YS.

“This album is released 45 years from my debut album “Song Cycle” (when I was but 24). In both cases, there’s a maverick on the loose, with a highly personal set of tunes and instrumentals. All of them reveal an iconoclast tilting at windmills, railing at tyrants, barking at masters of war, and celebrating a shameless commitment to the very definition of ‘Americana’. As I was in my brunette era, at age 70, I’m found looking through the glass darkly. These new songs show more than a hint of an eco-politic. In fact, there’s nothing more precious than the song-form to revolutionize popular thoughts and practices that need a jolt of shock therapy. Yet, songwriters must work with a leger demain. A light hand and heart can draw more approval than a heavy-handed scold. My first aim is to entertain the ear with beautiful sounds. I try to do that as an arranger. These pieces reveal my best effort.I’ve drawn from a grab-bag of American roots music, from the 19th Century forward. (It was, after all, ‘The American Century’). Yet this song-set goes beyond, and muses about ‘9/11’ and other self-inflicted wounds (‘Wall Street’). It explores the American bombing of Baghdad (‘Dreaming of Paris’), the chicanery of Big-Oil (‘Black Gold’). I insist that the song-form is the most potent political tool available. I learned as much from Woody Guthrie, Phil Ochs, and yes, Bob Dylan.

Still there’s time for folderol. ‘Sassafrass’ captures all I love about the youth I spent in the Smokey Mountains of North Carolina. It’s a roll in the grass. There’s the renegade arranger in that, reflecting my obsession for studio technique, sound- effects with tuneful percussion that I first heard in 1948, in the music of Spike Jones.

I guess I am like that rusty nail that sticks out, just waiting to be hammered down by an intolerant bastard, with no room for what isn’t rockin’ or classically elite. In truth, I embrace both those worlds. Guilty as charged, I’m wrapped in the flag, looking through the glass, at the world beyond… informed yet optimistic, in my dream escape. It hangs together well, as we must, lest we all hang separately. I have so many contributing visual artists to thank, for coating it all so deliciously.”

Other solo Parks albums are 1982’s Jump (songs adapted from the stories of Uncle Remus and Brer Rabbit), 1990’s Tokyo Rose (the history of Japanese/U.S. relations from the 19th century) and 1997’s Moonlighting: Live at the Ash Grove. There have been film scores and children’s books, and scores for a dizzying array of talent, including Little Feat, Arlo Guthrie and Bonnie Raitt. In the 80s and 90s, Aaron Neville, Carly Simon, Bonnie Raitt, Bruce Springsteen, Fiona Apple, Eliza Carthy and The Buena Vista Social Club were among the benefactors; more recently, Rufus Wainwright, Inara George, Silverchair and The Shortwave Set alongside Newsom.

1. ‘Dreaming of Paris’ (original)
2. ‘Hold Back Time’ (re-recording of a 1995 song from the Orange Crate Art album with Brian Wilson)
3. ‘Sassafras’ (new recording, originally by Billy Edd Wheeler in 1961)
4. ‘Black Gold’ (November 30, ’02 – a fantasy on the sinking of The Prestige, off the coast of the Bay of Biscay)
5. ‘Aquarium’ (cover of 1886 Saint-Saëns piece, an analogue recording with the Esso Trinidad Steel Band in 1971 – VDP produced their album)
6. ‘Money Is King’ (picks up where Wall Street ends, written with Growling Tiger, a.k.a.- Trinidadian Calypso musician Neville Marcano)
7. ‘Wall Street’ (original)
8. ‘The Parting Hand’ (1835 hymn from the tradition of unaccompanied choral music known as the Sacred Harp)
9. ‘The All Golden’ (new recording from VDP’s 1967album Song Cycle)
10. ‘Wedding in Madagascar'(traditional a capella folk-song, arranged and adapted by VDP)
11. ‘Missin’ Missippi’ (original)
12. ‘Amazing Graces’ (instrumental with the ‘Van Dyke Parks Orchestra’)