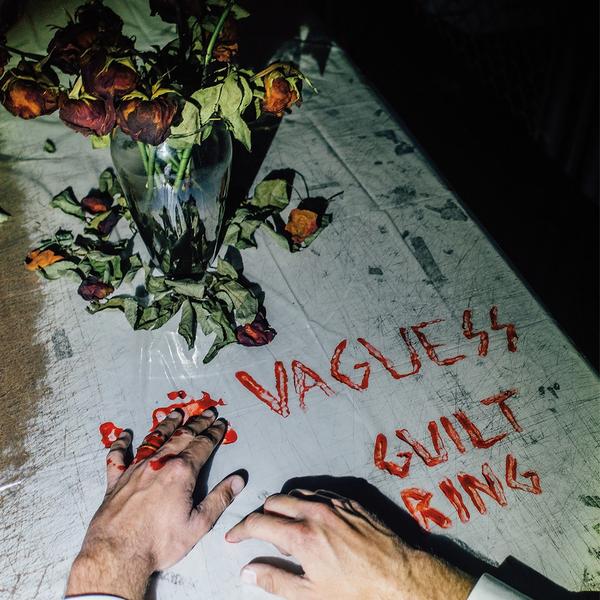 Vaguess will be releasing their sophomore album Guilt Ring on March 3, 2017 via Sinderlyn. Today the band has released the title track, which you can listen to below through SoundCloud.

Guilt Ring is the second helping from the acid tongued punk rock smashers from Vaguess (pronounced “Vegas”), which is the monikor of one Vinny Vaguess. It is the follow-up to his 2015 compilation, Bodhi Collection. With the new album, Vinny successfully peels back the sun dappled “surf’s up” lies of the California tourism board to reveal scenes of domestic discord that would look just right as plot points in Repo Man.

Standing among the wreckage of his generation’s swan dive into mediocrity and malaise, Vinny welds a short story writer’s punchy, pulpy plot lines to airtight 1970s American punk sensibilities, tapping into the anxieties and fears that spurred bands like The Adolescents and The Descendents. These songs sure are bleak – case in point, today’s single which tells the story about guys getting their girlfriends pregnant and thinking it’s some kind of accomplishment.

All of it played to the hilt with heaping doses of black humor, sharp hooks (this is the first Vaguess album to feature Miles Lutrell, of Useless Eaters and Scraper, on drums) and zinger riffs.