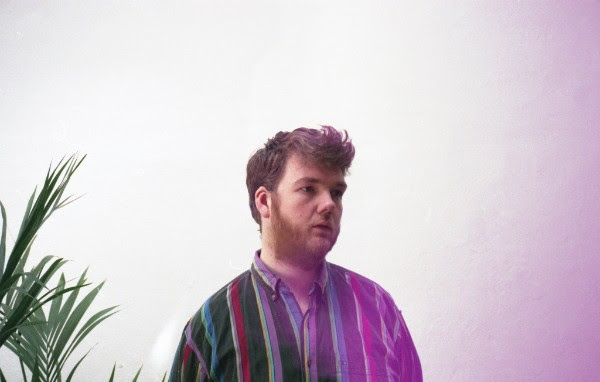 So far, Chad Valley has released four albums— 2010’s self-titled debut EP which was a bedroom exploration in swirling synths and sunburnt melodies. 2011’s Equatorial Ultravox expanded that recipe, giving his downtempo productions a decidedly more pop-leaning twist. In 2013, Chad Valley released Young Hunger, his first proper album and one that saw him further embrace his pop ambitions. The material was a modern collage of 80’s freestyle jams and 90’s radio singles, featuring a list of collaborators including El Perro Del Mar, Glasser, TEED and Twin Shadow. Two years later came 2015’s Entirely New Blue LP – an exploration in identify when returning to the places that used to comfort us.

This week, Chad Valley, is back with new material – a two-track single titled Up Again that paves the way for a full-length (his third) coming spring 2018. By design the songs are different, but together they present a cohesive statement. “Up Again” is floating and subtle, underpinned by tight drum sounds and showcasing Manuel’s signature falsetto, while “LA in August” rides calmly below, pensive, leaving room for his lower register. Up Again is released in support of his back-to-back fall tours: first with labelmates Yumi Zouma, followed by a run with JR JR across North America. The complete Up Again single premieres today by Gorilla vs Bear.

Hugo Manuel, aka Chad Valley, has been busy in 2017, touring and finishing LP3 which is on track for spring despite some unfortunate setbacks. “Last year our van was broken into on tour and all of our gear, clothes, laptops — basically everything — was stolen,” said Manuel. “We managed to get back on our feet, borrowing gear and clothes to finish the tour, but I lost a lot of music that I was working on on the road. It set me back with the album writing by six months or so.”

Following this stroke of misfortune, Manuel persisted and returned to the music: “‘Up Again’ is a recreation of one of the songs I lost from that burglary,” he said. “Rebuilding a track from memory is really hard and usually demoralizing, but in this case it was revelatory and made me see the song in a new light. I wrote and recorded it in complete isolation in my studio through the night. These days I only work on music between 6pm and 6am, due to sharing my studio with an office. I think it shows in this new material — it’s definitely night-time music.”