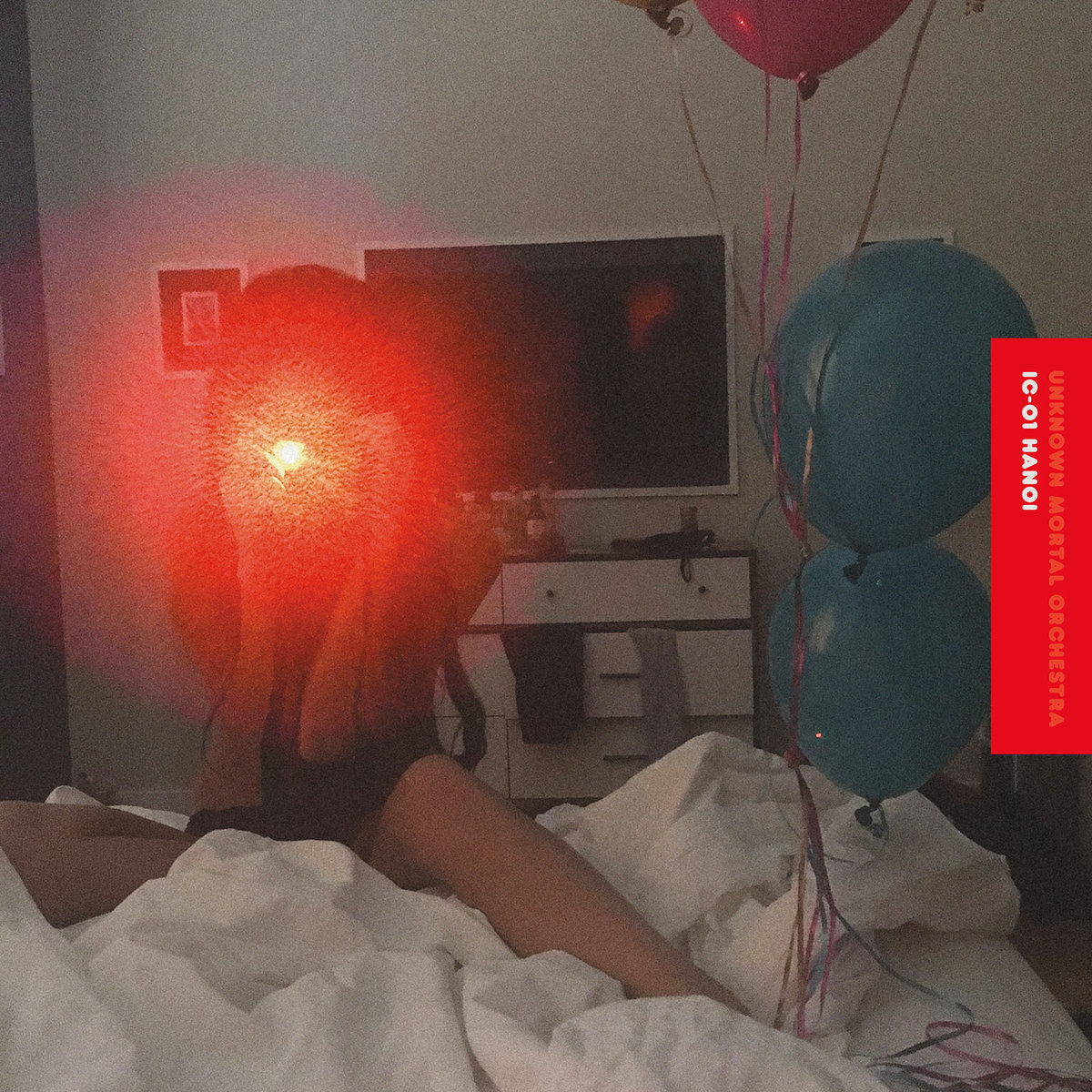 The hearty stomp and relentless punk fury of “Hanoi 1” is an exciting kick off to the album, showing the band really took this session to have fun and craft something different within their sound. Though it would’ve been great to hear a beast like this tied into one of their songs, it still feels like an interesting piece on its own. “Hanoi 2” on the other hand crawls with an oozing kind of darkness as all of the psychedelic charm of Unknown Mortal Orchestra is filtered in a gruff and trippy nature. As droning as the piece can be, it’s still able to elicit this constant sense of progression as it finds something different in every little part of its solo. This said, for five minutes long, it can definitely be a testing listen as it really takes time to hop between parts.

“Hanoi 3” itself takes a sharp left turn and goes into a mix of traditional (presumably Vietnamese) flute music, as Unknown Mortal Orchestra appear to jam between guitars and synths behind it all. While the track is much more unilateral in its main melodies, there’s such a great hazy effect to the atmospheric writing that it feels enigmatic nonetheless. Even without much of the band’s personality on it, harnessing this kind of sound on a future record would be an exciting moment. It’s in the funk-fuelled stomps of “Hanoi 4” however that Unknown Mortal Orchestra really start doing something new and interesting. With a little disco in its soul, this track is aggressive while always driving in its groove for something that builds a foundation to start playing around. Admittedly it would be best to hear this harnessed into a remix but it’s one of the record’s most distinct songs nonetheless.

Unknown Mortal Orchestra break into a half-step between Led Zeppelin and a Parliament breakdown on “Hanoi 5” as it feels like you’re catching two of their songs clashing halfway through. Weird brass solos fly off and a sense of unease is always growing in the background effects as they pull you into something totally creepy and dark. Through the cloud of distinctly Australian tones, “Hanoi 6” sizzles in its jazz club energy, letting drums play as much of a lead as anything else. It’s as this sax rips out with a reckless sort of fire that the song burns its brightest, though not totally earning the excessive run time. As Unknown Mortal Orchestra start to find their psych-rock and jazz more freely on “Hanoi 7,” their power for sound starts to take a backseat to their unique hooks.