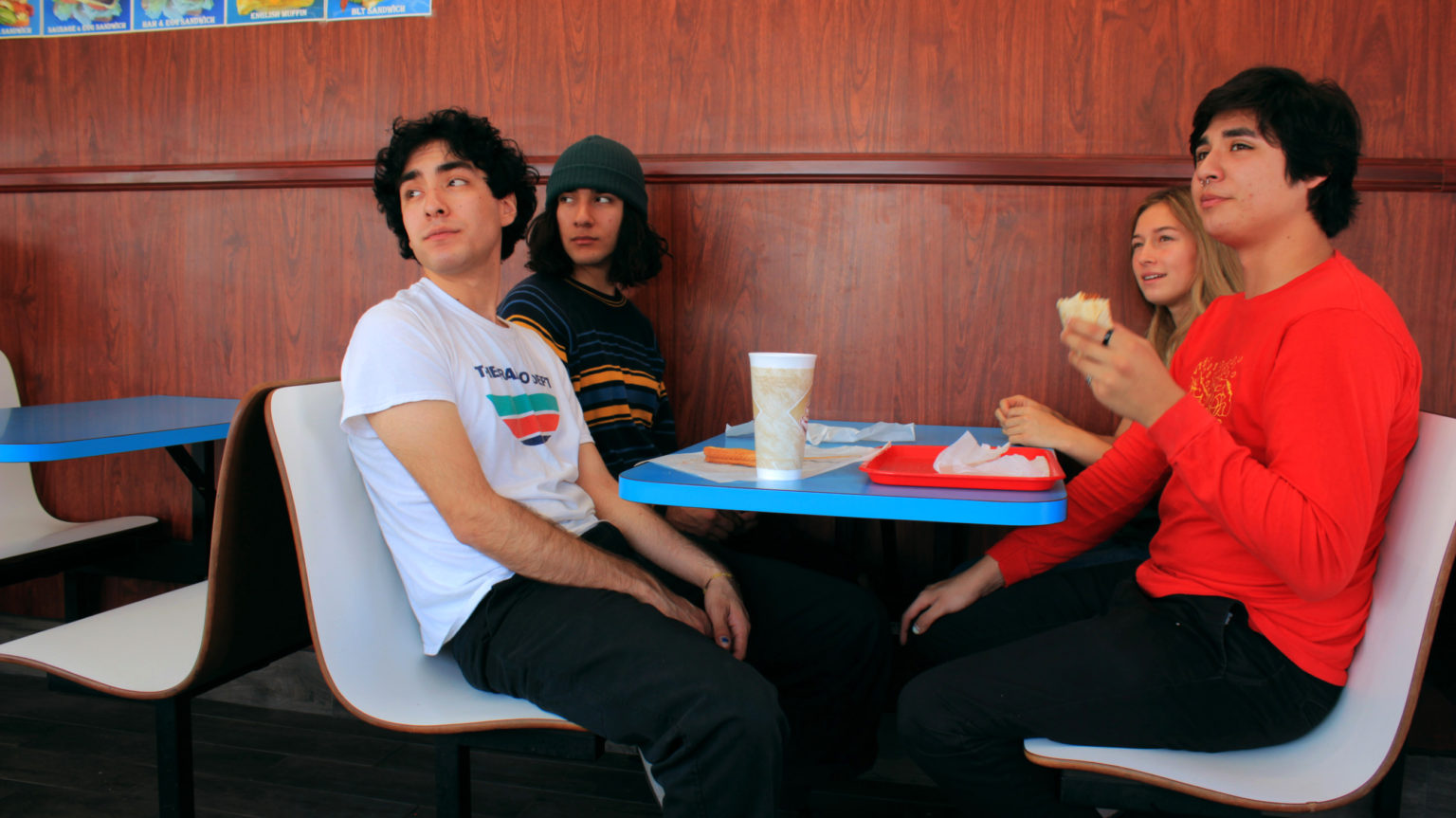 Unicorns at Heart "You're a Mirror, Baby"
Share on TwitterShare on PinterestShare on PocketShare on RedditShare on FacebookShare on Email

Unicorns at Heart is the creation of Rico and Ryan Loredo. The two brothers, from the dry lands of Hesperia, CA, a desert town several hours northeast of Los Angeles. The brothers inspired by the Beatles, Beach Boys, and Motown combined with the modern sounds of Pavement, The Pixies, and Sonic Youth. The group began over Thanksgiving break in 2015 when the Loredo brothers convened with their nephew Gabriel Loredo in the family garage and began writing songs based on their shared musical inspirations. They were soon generating a wealth of original material and welcomed high school friend and prodigious young drummer Jordan Radnoti into the band. The lack of venues and spaces in Hesperia propelled them to begin performing live all over Pomona, Riverside, Monrovia, and San Bernardino in myriad backyards and D.I.Y. spaces, accompanied by a steady output of Bandcamp releases.

Unicorns at Heart new single “You’re a Mirror, Baby” is described as a condensed blast of indie rock catchiness, recalling both the sounds of Dinosaur Jr. and Elliott Smith. The band have also released a video today for the track, which is now available via Dangerbird Records (Sebadoh, Swervedriver). Fans of 90s indie/lo fi rock will definitely fall in love with this band.

Communicate with Unicorns at Heart