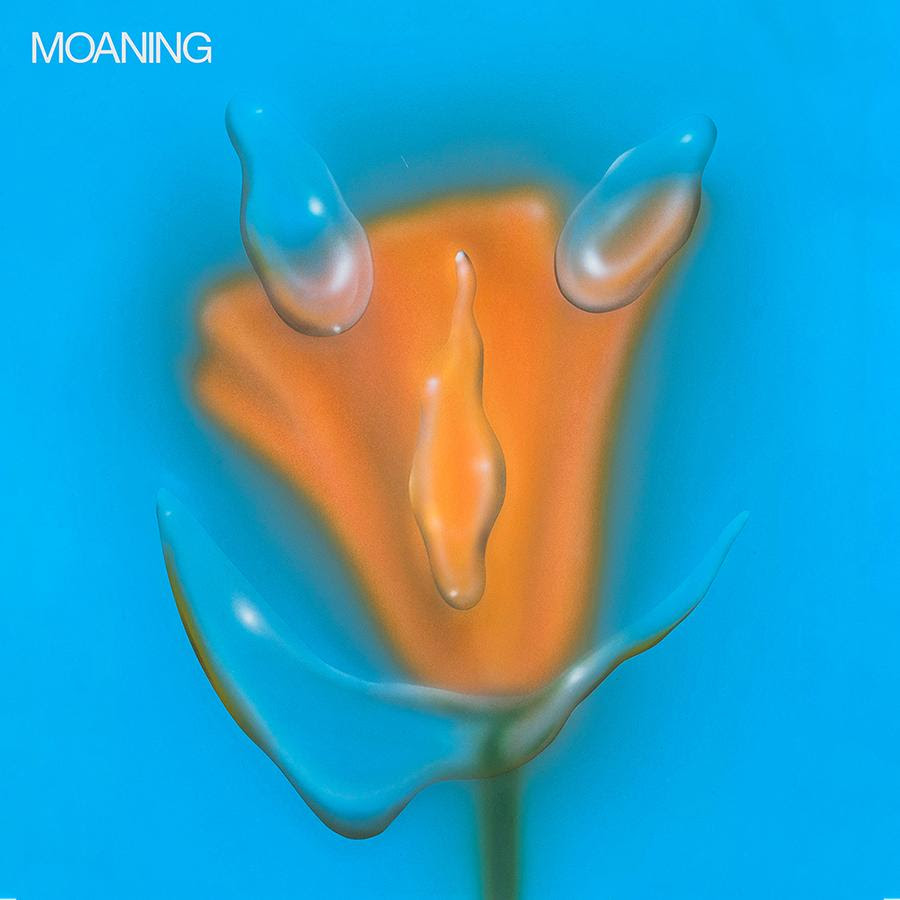 There are two integral ingredients that underpin Moaning’s sophomore record ‘Uneasy Laughter’; the LA trio have replaced the abrasive guitars from their eponymous debut album with layers of ghostly synths and crunchy beats. This isn’t to say guitars are completely absent but more of a nuance rather than the main act. The other factor driving the outfit’s latest effort is the general theme of exploring everyday anxieties that make up the human condition. The reason to delve into our own psyche came from Sean Solomon (vocals/guitar) getting sober, which gave the frontman a clearer view on the message he wanted to portray via his lyrics “I don’t want to be the person who influences young people to go get high and become cliché tragic artists. I’d rather convey to people that they’re not alone in what they think and how they feel” states Solomon via ‘Uneasy Laughter’s press release.

Self-deprecation and the raking over one’s soul is the fertile ground Moaning dig through on ‘Uneasy Laughter’; opening track ‘Ego’, a song that throbs and chugs with a mechanical clank and purr plunges you into the darker realms of Solomon’s mind as he confesses “I want to be anybody but myself” While ‘Stranger’s ghostly darkness slows everything down to a crawl, as the band’s mouthpiece slurs “I hate myself and I saw me in you” as electronics slither at a glacial pace. ‘Fall In Love’ may commence with juddering New Order/Kraftwerk like synth pulses but the mood soon drops down into the depths of despair, as Moaning’s frontman announces “when you get to know me/you won’t want me anymore” like a man at his lowest ebb. The jagged, staccato bounce of ‘Coincidence or Fate’ maintains a lowkey slice of urgency, with an almost anthemic epicentre built upon sawing guitars and swelling electronics. It’s here where Solomon reflects back on past actions with weary disbelief “how did I get here/what have I done wrong?”

‘Uneasy Laughter’ can be a challenging listen, with guitars usurped by synths, the aggressive catharsis of the group’s first record is in short supply, which means the album’s subject matter can lay heavy on the listener’s ears and mind. The vulnerability on show is something to commend, as Solomon bears his soul like a fresh wound but at 13 tracks, with little shift in sonic tempo from icy post-punk, that veers very close to touching on the dour, there’s little light or release to be found on Moaning’s newest outing.