ultrviolence Finds Himself In A Good Spot 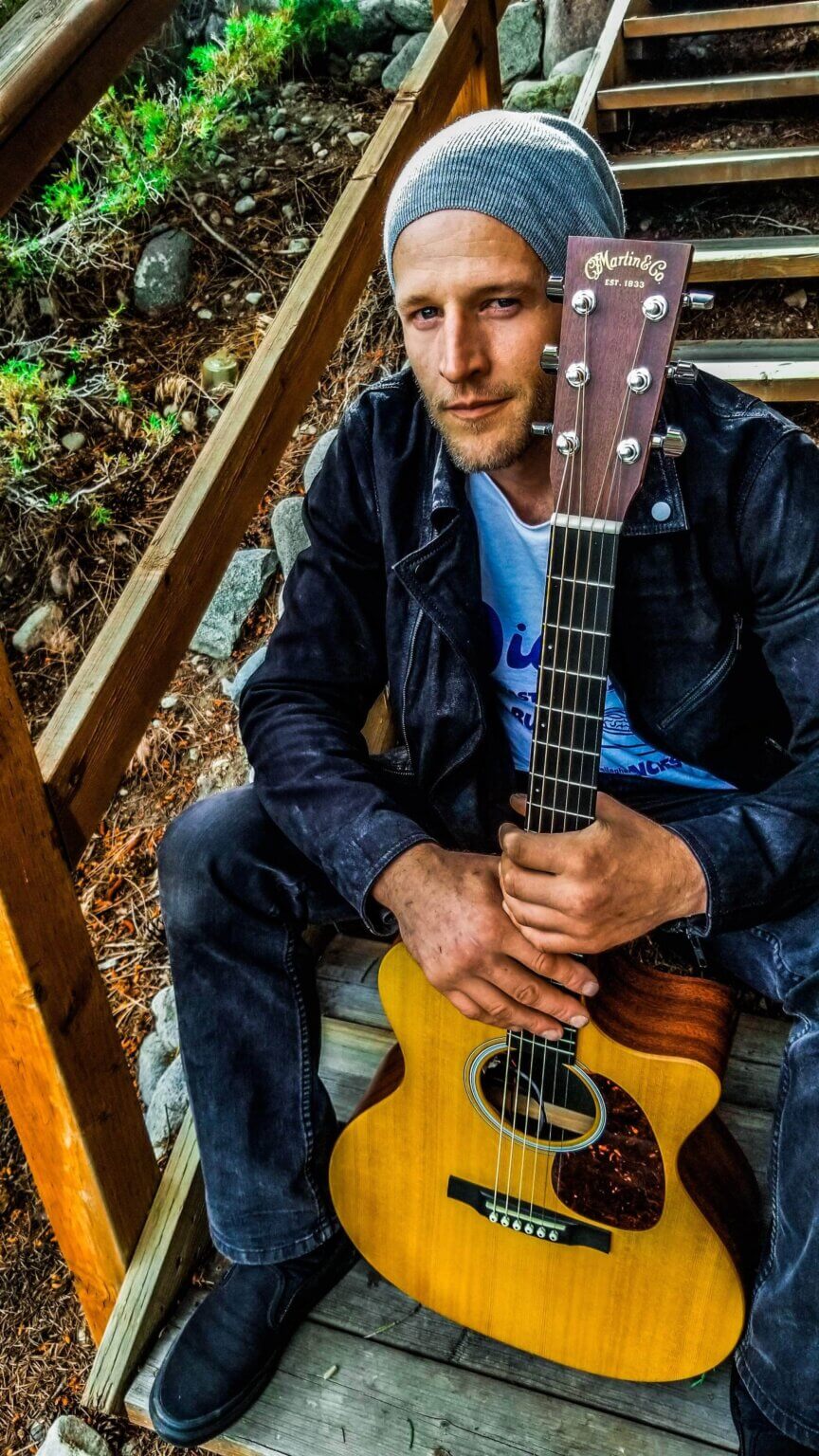 Nate Jespersen, the person behind the dark band ultrviolence, is mad. The deers ate all of his tomatoes and peas.

It’s a surprising conversation topic. ultrviolence’s music, as the intimidating name implies, always had a mechanical detachment that somehow also managed to default to anger. And while Sally Would Say.., the band’s new album, has more accessible, delicate melodies, it doesn’t radiate joy, more grunge-influenced than gospel. And yet Jespersen seems to be a happy person, gardening challenges notwithstanding.

Of course, things look different now, on the other side of setbacks. “My girlfriend committed suicide when I was 25 and, oh man, it messed me up,” he recalls. “It really caused a lot of darkness in my life and I eventually kind of pulled myself out of that and walked through it. I like to keep a real balanced life now, between light and dark and stuff, not letting one get out of hand.”

A change of scenery can help with this kind of perspective shift. Jespersen, a Calgary native, now lives in the mountains of Okanagan, a place he visited as a child. “It’s kind of like connecting with my past in that way, too,” he says. A number of events triggered the move. His band mates both got married and Jespersen lost his job. “After that, I really bottomed out,” he says. “I couldn’t find anything to eat in Alberta and I could hardly pay my rent.” But the move to Okanagan refreshed Jespersen, allowing him to create an album all by himself, from drumming to producing to engineering. “It was almost like a mountain to climb,” he says. “I figured this is the time to do it. I have all of this equipment and all of this time. Why not tackle this all myself?”

Sally Would Say.. is a 90s-sounding album of muscular music, including a huge drum sound, coupled with dark hooks. Tracks like “Self Care” could almost be Foo Fighters songs, while a cut like “She’s In Fashion,” written over 10 years ago, has a distinctive New Wave flavor. Where previous ultrviolence work, like 2017’s 40 Knives, featured electronic drums and more swirling sonic textures, Sally feels more rooted in a live-band sound, ironic given the band was just Jespersen. “We used electronic drums for all of 40 Knives except that Adam Fink, from ACTORS [and Northern Transmissions contributor], drummed on “Guillotine,” so it had one live drum sound.”

Another difference between Sally and the rest of ultrviolence’s catalog is its length. Sally is the band’s first LP. Jespersen credits the album length to the energy he felt as his life stabilized. “When I came out of this little phase, when things were bad, it’s almost like there was a lot of wind in my sails,” he says. “And I just had a lot to talk about and it just flowed. It came right out of me.”

Jespersen also surrendered to his 90s influence. “I was a kid in the 90s,” he says. “I really liked a lot of 90s Britpop and a lot of post- punk bands like The Sound, and a lot of these other bands that came along with that. They really influenced me. Especially Oasis, too. That’s my guilty pleasure. Early Oasis really hit me hard when I was a kid.” And while Sally doesn’t feature Jespersen singing with a faux British accent, nor does it include anything remotely Beatles-sounding, there’s an Oasis-shaped spectral image embedded into the album’s tracks that manifests itself in the unlikely-for-Ultrviolence guise of an acoustic guitar.

“I think it’s on every single track,” Jeserpsen says of the guitar. “That comes from my Martin D12, that I purchased just before I got out here. I wrote everything on that Martin and I ended up recording it in with the music.” The acoustic guitar, which quietly haunts the tracks, gives a Cure-esque introspection to the rocking collection of tunes.

Jespersen says he can now boldly embrace his influences because of a combination of maturity and increased self-awareness as he entered a new phase in his life. “I don’t think I was truly being myself in the past,” he says. “I really was just chasing what I thought I was, as an artist. And what I really want to do is make that melodic music.” Which isn’t to say that Sally is ultrviolence’s attempt to sell out. It’s more Jespersen realizing, as so many of us do, that art doesn’t have to be extreme to have an impact. Something accessible can grab listeners just as tightly as something aggressive.

Although some might find the album title’s punctuation aggressive, what with the double period practically screaming at the listener to stop. However, as with everything Jespersen works on, there’s a thoughtful explanation behind it. “Because three dots is etcetera,” he explains. “I met a girl named Sarah and her nickname is Sally. And she really helped me through a lot of things. She’s talented and smart and she changed my life for the better. I didn’t want it to come off snarky, like ‘Sally would say…,’ as in, what she would say and etcetera. I wanted to honor her with two dots. I know. It’s a weird thing, but it just seemed more honorable to me.”

Jespersen seems energized by his new outlook, personal and geographical, especially impressive given that we’re in the middle of a pandemic that makes it impossible for him to tour his new album. “I’ve been spending a lot more time in the studio, live streaming, practicing, writing, and doing a lot more gardening,” he says. “I’ve been trying to keep busy no matter what and also be very positive for other people because it’s been a hard time for a lot of people in this area.” Living closer to Vancouver also helps, even if there are no live shows right now. “[Vancouver] has a beautiful, lovely thriving scene that should be the pride of Canada, he says. “Just so many fantastic artists coming up and doing their thing. It’s wonderful. I love it there.” Although, to be fair, Jespersen also liked the Calgary scene: “I think it hasn’t got its due,” he says. “Because we have been unsung out there, you see lots of artists going the full extra mile, doing everything they can and eventually they leave.”

Sally Would Say.. isn’t a departure, so much as it’s an evolution. Jespersen is in a new phase of his life and he’s committed to documenting it and being true to his new vision. While his music still resonates with a vestigial sadness, none of it seems to linger around Jespersen, who’s able to clearly separate the joy of making music from the messages and performances of individual songs. When told how much I enjoyed the album, he’s both gracious and excited: “That’s exactly why I think I put so much work in, helping myself and bringing myself into maturity. It’s just overwhelming. I’m a big music nerd.”

And perhaps a gardening one, too.