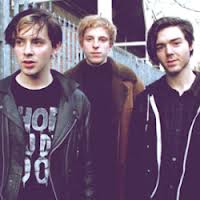 After their run at SXSW, rock quartet Peace is gearing up to traverse North America for the first time, playing shows throughout May and June. Being nominated as BBC’s Artist of 2013 and NME’s Best New Band is just a start for these four young upstarts from Birmingham. After the success of their debut EP, Delicious, the band has now signed to Columbia Records in the UK (Sony in the US) for their debut album In Love, produced by Jim Abiss (of Adele and Arctic Monkeys fame). The recording is a meticulously crafted collection of riff-based pop and heart wrenching ballads that stands in a spectacular lineage of British greats. If Delicious was focused on ballsy, rough around the edges guitars, In Love highlights the band’s gentler side. Peace are gearing up to soundtrack the next generation of fumbled young love. Having developed their stage presence plugging away in Birmingham, playing gigs for their friends and causing havoc in the local indie discos, the foursome are excited to take their sound to audiences across the pond. The tour kicks off May 27th at the Sasquatch Festival in George, Washington.