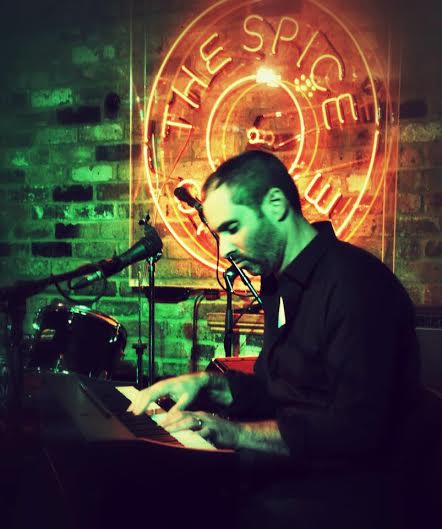 Real Experts is a London-based synthpop electronic project, headed by Andrew Maley. Their current LP The Trade Off, came out on October 16th. The Trade Off features a rotating door of guest vocalists. Both the first single “Disco Tears” and the latest one “Don’t Stay” feature vocals from Daniel Angelus, the lead singer of Surrender Hearts

“Music for me is about sharing emotions through sound. Silence is a canvas which we paint on,” explains Angelus.

Other tracks bring diversity offered by other talents. ‘My Love Is Nothing More Than This’ features 18-year-old Eden, who brings in some very London Grammar / Rihanna / Robyn / Adele / Lamb deep tones and stylings.

Mike Burnett features on ‘She Hurts’ and Vivian Marie features on “Forever is a Big Word” – both artists are now based overseas, in Australia and Germany. Real Experts’ member Victoria Knowles’ vocals lace through ‘Sugar Rush’ and ‘Lemon is Lemon’, which also features British sports journalist Patrick Barclay and is being offered as a bonus to ‘The Trade Off’ LP via Bandcamp.

French/American singer Mimisinga (aka Mimi Corenthin) joins Daniel Angelus on ‘Space Age Love Song’, offering up sonic sounds reminiscent of Macy Gray. When not dabbling in such synthpop, she shows her versatility as a vocalist by performing with the reggae band Dojo.

“It is all about capturing the moment. Hearing something and it making a difference. Having something that matters to you. Happy or sad. Every Real Experts song is designed to be a moment of ‘perfect pop,” explains Andrew Maley. “Music is about being in random situations in life, and within a few seconds, a bar or a beat or a note can change you forever.”