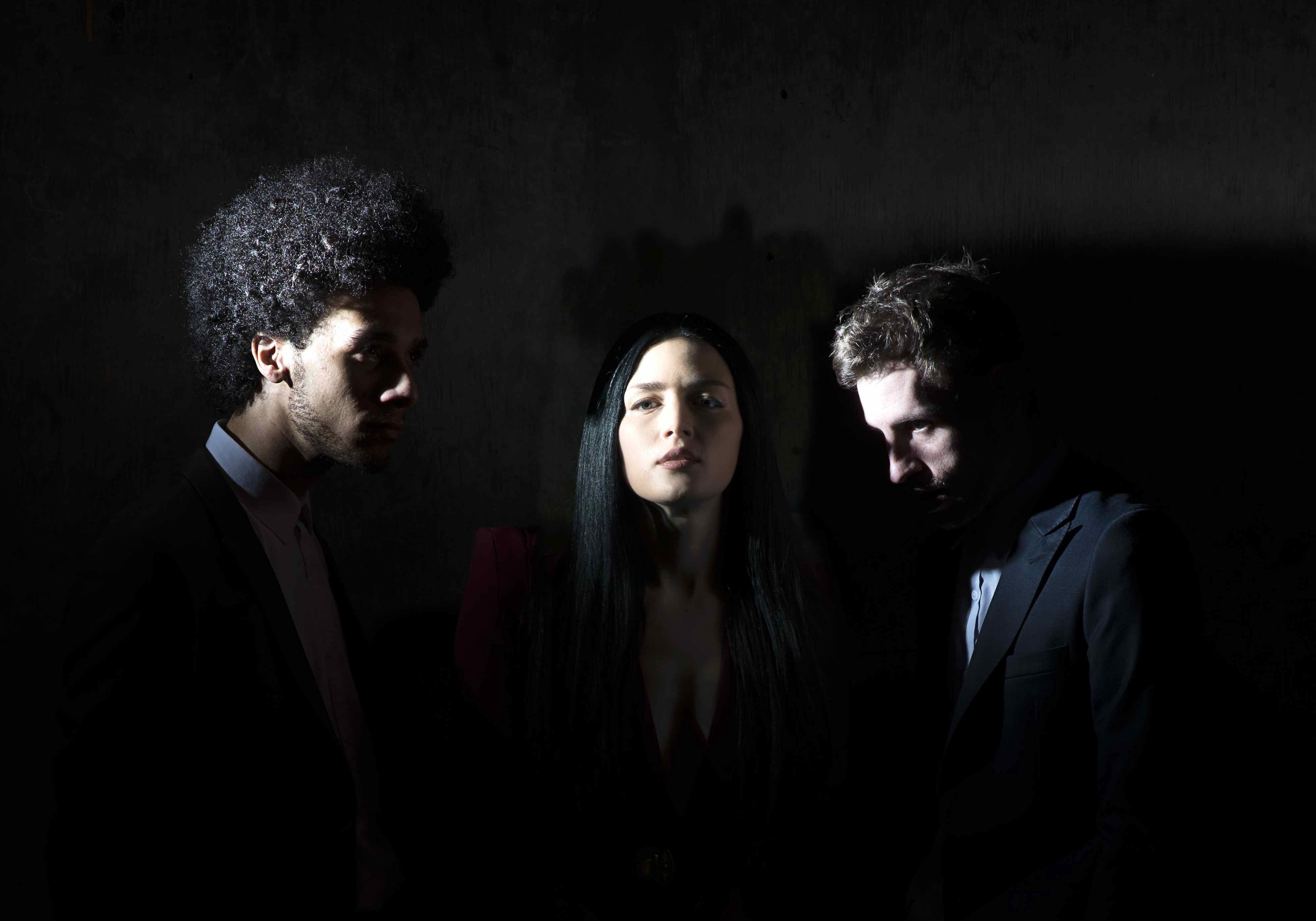 Fassine are set to release their debut album, Dialectik on May 20th. Ploughing a furrow that is as mysterious and brooding as it is enlivening and joyous, the London trio’s lyrically dark and musically complex operation possesses all the hallmarks of a typically British affair; cold and austere soundscapes being paired with the uplifting, in a fine execution of the juxtapositional. There are hints of Trent Reznor’s influence, along with a smart ear for the cinematic – something that has not gone un-noticed, earning their track Bring The Weight Down a slot in Sky Atlantic’s hit US show The Following. Fassine’s recent single releases have painted the picture of a musically dextrous band that thrive among the old adage of Less Is More.

Taking inspiration from old TV shows from the 70s and 80s – the sorts of shows like Tinker, Tailor, Soldier Spy and Edge Of Darkness, that the band say “were built in these vast settings with great distance. Connecting the dots however, were all these tiny conversations.’As a band, they don’t feel the need to say 10 words, when three will do, which is something that immediately came across in former single “Sunshine”, all bustling percussion and punctuating, slicing synths. Their music evokes such a mood, that it says as much as the lyrics themselves. Elsewhere the album’s title track perfectly exemplifies the troupe’s keen ear for production, and a wild percussive experience, and there’s something particularly cleansing in the upwardly fizzing swathes of synths that permeate album opener Headlong’s robust refrain. As a body of work, Dialectik is, in the band’s own words “about isolation, those treacherous thoughts that wedge themselves in the door – a journey from logic to absurdity and back again.”On Dialectik, dark meets like and cold flirts with warmth, creating claustrophobic atmospheres that reflect their subject matter perfectly.