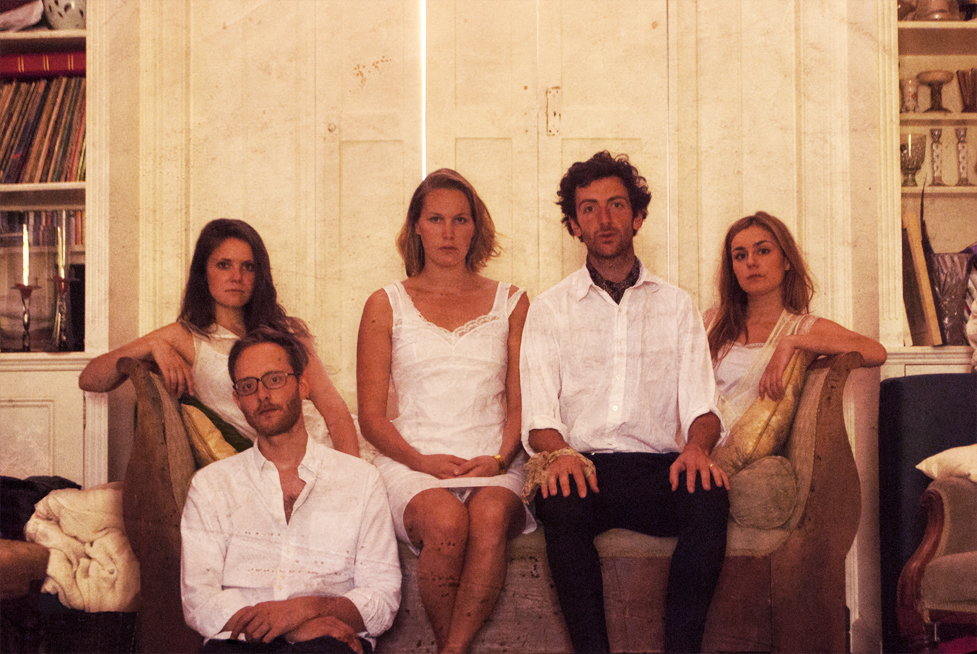 The music of James P Honey and Jamie Romain is finally, for the first time on a recording, supported by the hungry cacophony of sound from their drummers Jamie Gillett & Ramon Sherrington and violinist Laura Mallows.

The band recorded all together for three days in a windowless barn on Dark Horse Farm – somewhere between London and Brighton. Mixed, mastered and loved by the band, the result is an unfettered tribute to their love of DIY.

BURIERS were born in December 2010, by a chance encounter between James P. Honey and Jamie Romain in an art shop in Maidenhead. The pair were both enrolled at art school, but it was with his words that Honey was able to paint the most vivid pictures, graphic, beautiful, disturbing images that somehow find their way to the back of your retina by way of the ears. Sharpening his tongue in what were by his own admission some “peculiar” spoken word circles, he managed to lure the classically trained cellist Jamie into a collaboration that would go on to define a whole new genre.

BURIERS have been busy since their debut in 2011 playing at festivals from All Tomorrow’s Parties, Standon Calling, Blue Bird Festival in Vienna to Poland’s OFF Festival to opening Micah P. Hinson’s U.K tour and helping Astronautalis out at his London shows. Following a DIY debut in 2011 they released their first studio album, Filth, in 2012. In 2014, Texan troubadour Micah P. Hinson took the band under his wing. Following their support on the UK leg of his European tour, BURIERS were invited to his Texas studio, where he produced their next release Four Songs, saying “I feel we produced a new sound; something that contains a spirit not yet captured in the modern world”.

To Speak Of One’s Own Pride will be released on hand stamped limited edition 10” vinyl on Endemik Records on 22 February 2016. Each vinyl contains DNA of the band