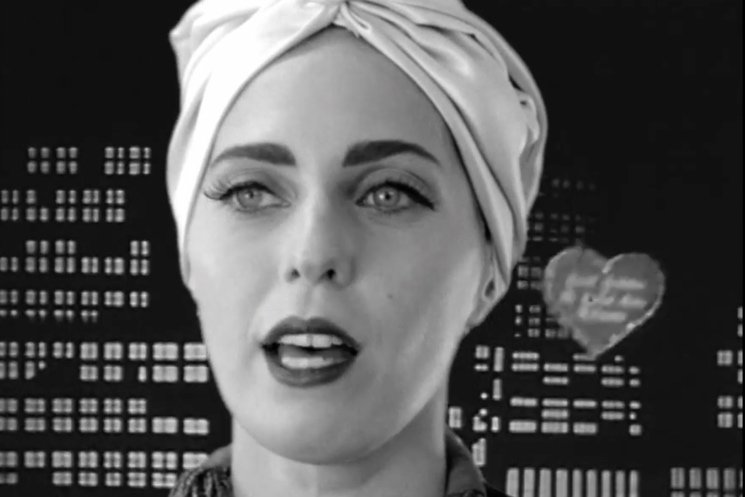 Next month sees the release of Half Free, the debut album from Meg Remy’s U.S. Girls on 4AD, released 25th September.

Premiered on BBC 6Music, new track ‘Window Shades’ has just been posted online and made available on streaming services. Built around a beat borrowed from Gloria Ann Taylor’s deep disco cut ‘Love is a Hurting Thing’ – a song that husband Slim Twig heard about while perusing the Acid Archives catalogue – ‘Window Shades’ pays tribute to a lost classic.

Twig created the beat and produced the track, which Meg has draped with a wondrously dramatic tale of heartbreak. The song is notable in that it is a husband/wife collaboration echoing Gloria Ann Taylor’s track; Taylor’s husband and James Brown associate Walter Whisenhunt produced ‘Love is a Hurting Thing’.

The accompanying video for ‘Window Shades’ is a surreal take on “Golden Era” Hollywood, with Meg cast as bandleader of The Marimba Queens. Directed by Meg and Cameron Mitchell and produced by Renata Morales, you can watch the video now on youtube.

Meg will be touring Half Free in North America and Europe following its release. You can find all upcoming dates and ticket links below…