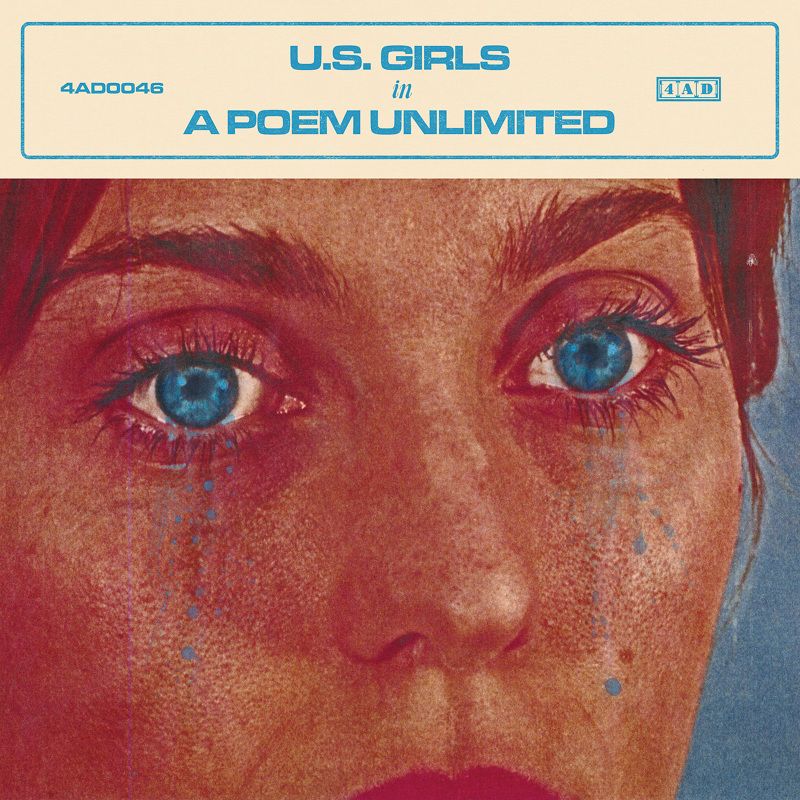 In A Poem Unlimited

Noire and disco continue to permeate music more than ever, but only Meg Remy (aka U.S. Girls) can tie the two together in such a powerful and haunting way. While Remy brought stirring art-rock on her last album with touches of a deeper sound, she transcends from weird indie rock to a commanding presence amidst a wicked swirl of dance and dark synths. Forget the sophomore slump, U.S. Girls has achieved their best album to date and calls from a host of influences that will leave you breathless.

There’s something frightening to the sultry tones of “Velvet 4 Sale” as the echoing gasps elicit as much fear as they do desire. While the groove and ambiance is sublime in its own, Remy’s ability to push the envelope in bizarrely outlandish and pop ways makes for a song that is triumphant both tonally and lyrically. The cutting noise of the sax on “Rage Of Plastics” sets the tavern-like energy in motion as Remy leads her vocalists through a dark blues chant. The soul is there, and the guitars are divine on this track but it does at times feel a little too straightforward for Remy’s typical writing.

“M.A.H.” spins this writing into a wondrously vintage sound that embraces all of Remy’s quirks while still being accessible. The disco beat is immediately invigorating and the more spacey places that Remy takes the song in the choruses feels like a direction for the genre that was sorely underserved in the seventies. Though it’s unclear whether it’s a simple skit or an attempt at poeticism, there’s something oddly potent to “Why Do I Lose My Voice When I Have Something To Say.” Hearing Remy’s voice cutting through a raspy croak makes the words ring much more painfully, turning a simple loop into something oddly intriguing.

With a Lana Del Rey-like mystique, “Rosebud” glides on smooth jazzy chords and a deceptively smoky production that gives Remy a noire-film aesthetic. The unique electronics that mix in with the strings hits the perfect middle between old-pop and new wave, making for a track that is endlessly captivating. The discordant feedback of “Incidental Boogie” doesn’t stop its deep drum line from guiding the song powerfully, making for a noisy but potent beat. The dark dance that Remy pulls out of the song between a sense of danger and intoxicating rhythms makes for one of her best songs in years.

“L-Over” crawls with an oozing sense of funk amidst its glistening guitar hooks, mixing its romantic overtones into something uncertain. Though the song holds onto its bass line throughout, the grandeur that Remy spins out of it is stirring and easy to get lost in. Latin guitars give a dance vibe to “Pearly Gates” and the beeping synth hooks lean into the feeling with joyous energy. The mix of harmonies and more biting electronic tones create a sense of death within the song that make its story of love seem more worrying than hopeful.

Out of rumbling synth hooks, “Poem” brings a solemn dance beat to create a growing sense of confidence within its gloomy core. The way Remy takes her simple instrumentation and layers it into something deep makes this and so many songs on the record a gradually enveloping listen that has you fixated by the time it’s over. Before launching into the finale, “Traviata” finds a candid, comedic conversation with a stranger that shows Remy’s deep sense of humour. “Time” closes the album on a frantic beat with the African drums and raucous guitar playing you’d expect from the Talking Heads, stretched into a seven-minute epic. The fearless soloing, utter joy in the playing and the overall sense of life that Remy and her band get out of the song make it one of the most enjoyable moments on the album, and you’ll be glad it runs so long. 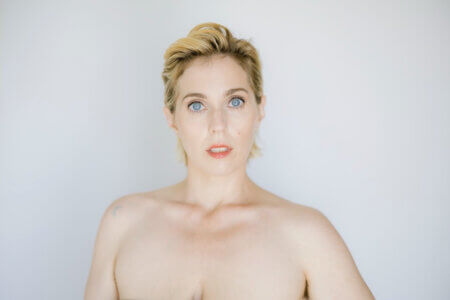