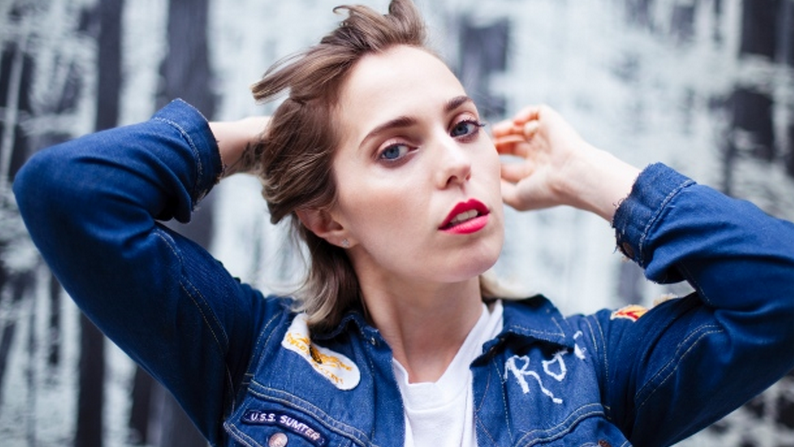 U.S. Girls
Share on TwitterShare on PinterestShare on PocketShare on RedditShare on FacebookShare on Email

2017 marks a decade of U.S. Girls, the protean musical enterprise of multi-disciplinary artist, Meg Remy. Today, she announces details of her sixth studio album In a Poem Unlimited, which will be released on February 16, 2018, plus the official video for a new U.S. Girls song, “Velvet 4 Sale”.

In a Poem Unlimited was tracked in collaboration with Toronto-based instrumental collective the Cosmic Range, and features arrangements by long-time contributors Maxmilian Turnball and Louis Percival. Steered into focus by Remy and mixer/co-producer Steve Chahley, Poem features disco employed as a protest vernacular (‘Mad As Hell’), as well as an unrelenting assault (‘Time’); moody, slow-burning funk (‘Velvet 4 Sale’ & ‘L-Over’) and earnest synth anthems ‘Rosebud’ and ‘Poem’, which form the album’s emotional core.

Poem features dark meditations reflecting charged atmospheres that directly precede and follow acts of violence. Many of the songs are character studies of women grappling with power; how to gain and exert it spiritually, as well as desperate strategies to mitigate its infliction. Remy also rallies against the public lies told by political and religious leaders, and more crucially, questions the lies we tell ourselves in order to survive.

Following ‘Mad As Hell’, Poem album opener ‘Velvet 4 Sale’ is released today. The song concerns a female narrator imploring another to buy a gun for protection, impressing that the only way to change men is for women to use violence. Remy says, “Men are lucky women (and children) have yet to take up arms. And although I hope this never happens and I completely disagree that violence is ever effective, this very idea was ripe for a song.”

The accompanying video explores the idea of acknowledgement as a form of retribution, a counterbalance more powerful than violence itself. Remy plays a police officer who discovers that a fellow cop who has beaten his wife will be left off the hook as a “professional courtesy.” By the power of her unrelenting gaze she banishes the abuser in the final images of this powerful and provocative video. This striking tableau representing the power of bearing witness ties back into the album’s underlying theme; that truth and acknowledgement are our most potent and corrosive weapons in the fight against repressive inequality. Remy’s work with this video (which she co-directed with Alex Kingsmill) and the album as a whole, illustrate and seek to inspire the taking up of these moral arms.