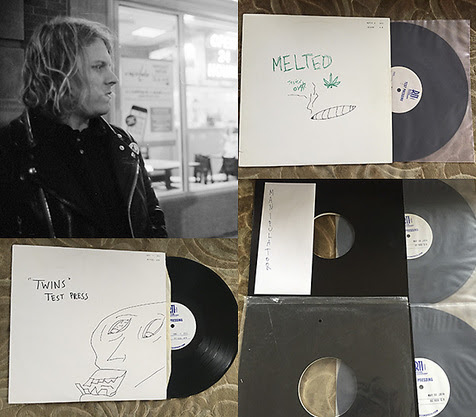 The shittiest year in recent memory is almost over, but it doesn’t have to end on such a lousy note. To help extinguish the flaming garbage heap that is 2016 and in the spirit of giving, Ty Segall is auctioning off his own personal copies of test pressings for 2010’s Melted, 2012’s Twins and 2014’s Manipulator! Hand decorated by the man himself, each item is one of a kind and one of the literal handful of tests that were even pressed. Every single cent of the proceeds for these items will go directly to support a charity of Ty’s choice—in this case he’s raising money for the American Civil Liberties Union, Planned Parenthood and the Standing Rock Sioux Tribe.

It’s a chance to hear it the way Ty first heard these songs on vinyl, as test pressings straight from the plant, and the opportunity to synchronously give in to the gluttonous desire of being a completest collector while also exercising a moral duty to help out others in need in end times.

All auctions are available on EBAY and linked below: