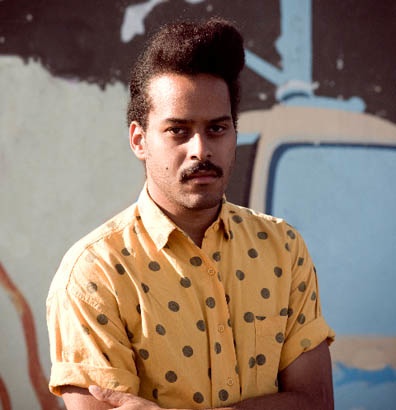 George Lewis Jr. aka Twin Shadow is pleased to confirm he has plans to head out on the road for yet another lengthy tour in support of Confess, his sophomore album which came out last Summer on 4AD.

In keeping with a precedent set by the “Hair Cut” and “Ton Up” tours, this next stretch of dates will adhere to a theme, and it is with this in mind that we present you with the list of upcoming “True Story” tour dates, and some words about them from George himself:

You know when someone tells a story and says “crazier things have happened!” well, you always wish they would just tell you that crazier thing. Like, why would you want to hear a story that’s not as good? My father told me great stories my whole life, I often wonder if his stories influenced the way I write music. When talk came up of Twin Shadow hitting the road this year I thought again about how we could make each show special, how each city could have a unique piece of Twin Shadow. I thought about my father’s stories, I thought about the stories I tell my friends and I thought this tour would be a good place to share them, so for every city we play my father or myself will tell you one True Story. 24 Cities. 24 Stories.  A story for New York, A story for Toronto, A Story for every show on the tour. A gem from the depths of my fathers life and a stone from the recent corners of mine, tales retold from lovers and friends. Welcome to the Twin Shadow True Story Tour.

keep your eyes on http://bit.ly/12uX5SC which will host the first True Story. SEE BELOW FOR THE LIST OF CONFIRMED DATES.