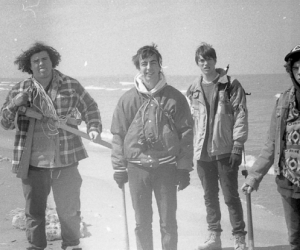 Twin Peaks’ debut album, Sunken, is comin’ to you quick, out July 9th on Autumn Tone. The buzz has been building, with love coming from many a publication, including yours truly. Gotham gets a chance to take a gander at these 19-year-old sonic wunderkinds for the first time. As a call-to-action, the band premiered their new video for album track “Fast Eddie“. Twin Peaks will be playing Northside Festival at Public Assembly on Saturday, June 15th (9:45PM set time), as well as Piano’s on Wednesday, June 19th (10PM set time), as well as a slot at this year’s Riot Fest in Chicago! More dates to come.