Tuns reveals new single “Throw It All Away” 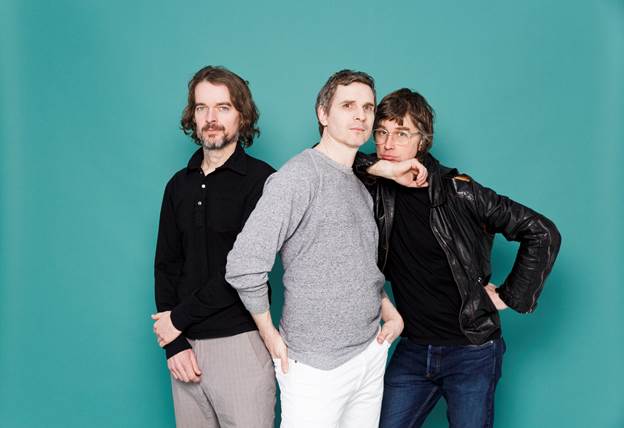 TUNS’ have released their new single “Mind Over Matter”. Today, the band comprised of Chris Murphy (Sloan) Matt Murphy (Super Friendz, Flashing Lights), and Mike O’Neill (Inbreds), is ready to treat your speakers to the second single from their upcoming self-titled album, “Throw It All Away”.

“I love this song because of its relay quality,” says O’Neill. “I sing the lead up till the chorus and then I pass it off to Matt who lifts it to another place. Chris backs me up in the second verse and finally Matt rips a very satisfying melodic solo. It’s very much a three hander.”

TUNS is a mix of equals and collaborators. Their debut self-titled album is set for release on August 26 via Royal Mountain Records and it’s full of power pop with intricate melodies and electrifying rock’n’roll written with a deep appreciation for songcraft. The first time anyone knew that TUNS existed was their first gig at Massey Hall in October 2015, part of an all-star benefit show organized by Hayden. The band’s internal mutual appreciation dates back 20 years to when the Inbreds and Super Friendz—with whom Chris was playing drums during a Sloan hiatus— toured together, a friendship only now coming to musical fruition.

Oh, and the name? Toronto Usurps Nova Scotia? No. It’s a reference to the Technical University of Nova Scotia (1907-97, now part of Dalhousie University), where the young Murphys used to go for science fairs or to play basketball. The reason? Let’s just say the best ideas in TUNS songs are definitely in the music, not in the name itself. Sounds like ‘tunes’, the name wasn’t taken, and the spelling is unique on Google.

TUNS TRACKLIST:
1. Back Among Friends
2. Mixed Messages
3. Throw It All Away
4. Mind Over Matter
5. Look Who’s Back In Town Again
6. Lonely Life
7. Mind Your Manners
8. To Your Satisfaction
9. I Can’t Wait Forever