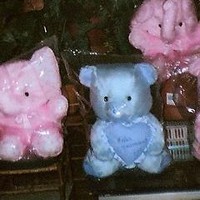 Trust’s darkly alluring strain of pop is on full display on “Heaven,” taken from debut album TRST. Icy oscillating synths charged full of nightly dissonance are bulked out with a lethargic hi-hat heavy bounce. The Petra Collins-directed video focuses on the emotive side of the track, the feeling of isolation, as it cross cuts between Robert Alfons walking down the street in a dreamlike trance and various scenarios – in a dark club, trapped behind a glass wall, falling from a bridge, the rapidly altering scenes furthering the feeling of loneliness and Alfons’ self-imprisonment.

The single will be released digitally January 21st.

Having played with the likes of DFA 1979, Crystal Castles, The Faint and Glass Candy, to
name a few, Trust now returns with a string of live shows in the UK and Europe.