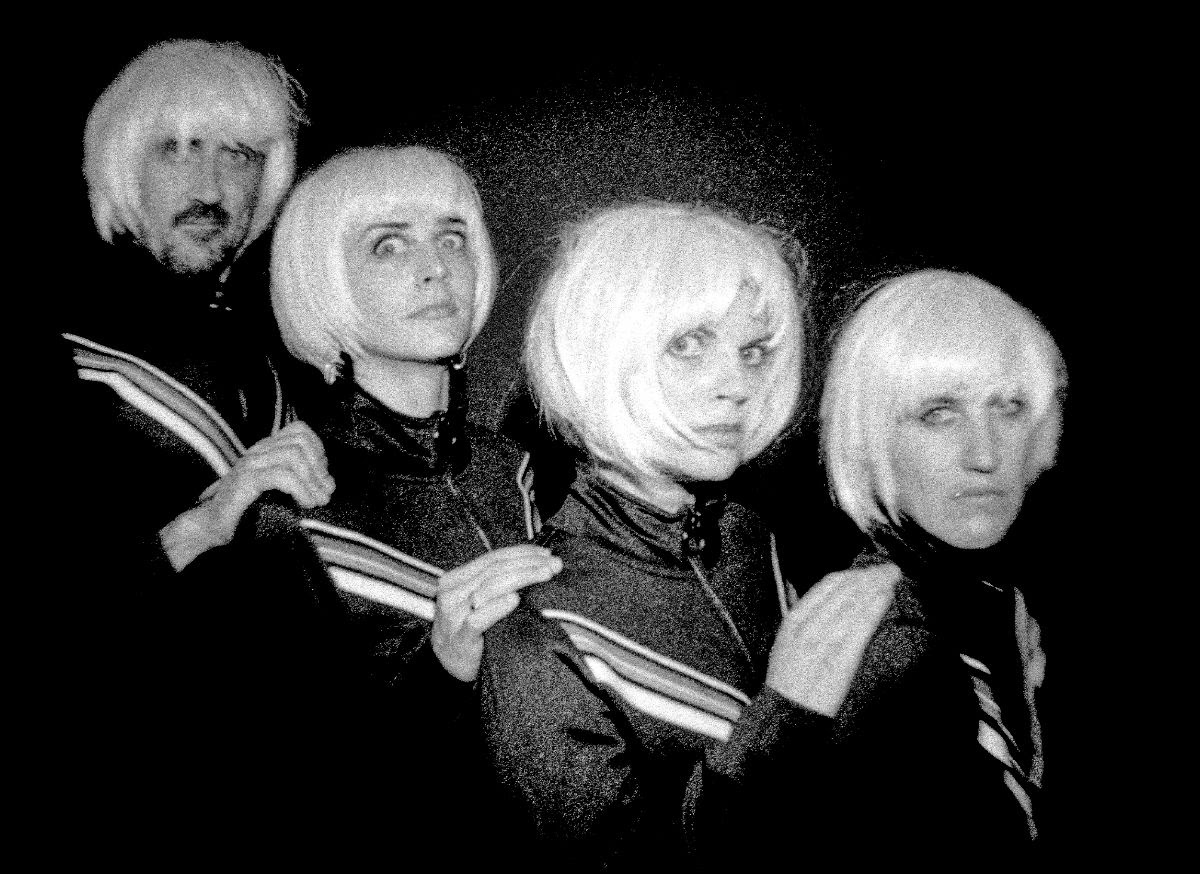 Tropical Fuck Storm announces their “Suburbiopia” b/w “This Perfect Day” 7”, out physically on April 3rd via Joyful Noise Recordings. The announcement was supposed to precede their North American tour, which is now postponed. The Melbourne band, comprised of Gareth Liddiard and Fiona Kitschin (The Drones), Erica Dunn, and Lauren Hammel, are now using the time to write and record their next full-length release.

The 7” marks the first release since 2019’s Braindrops, “a sped-up timeline of rising sea levels and melting glaciers set to long-lost field recordings of maximalist noise-rock from the Outback” (Paste). A-side “Suburbiopia” is a lo-fi, hi-tech, sci-fi, slo-grind, disco scuzz, dance smash. Sung by the band’s Fiona Kitschin with guest drums and synths by Sean Powell (Surfbort) , Amy Taylor (Amyl and The Sniffers) and Dan Kelly. The accompanying video, created by the band and Oscar O’Shea, is an epic exploration of the upside of being in a suicide cult and takes place in a parallel universe where their death wishes are actually sensible choices.

B-side “This Perfect Day” is the collaboration known as sNIFFsURFsTORM (with lead vocals from Amy Taylor & Sean Powell on drums) covering Aussie punk legends The Saints. Stay tuned for updates on the rescheduled North American dates.