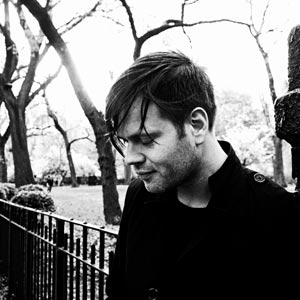 Danish electronic artist Trentemøller has revealed the details for his forthcoming third album, Lost, out September 24th on In My Room. A more streamlined and intricate musical tapestry woven over sleepless nights in his Copenhagen studio, the followup to Into The Great Wide Yonder (2010), documents an artist really hitting his stride. Collaborating with a host of esteemed peers, personal influences and sprouting talent, Kazu Makino (Blonde Redhead), Jana Hunter (Lower Dens), Sune Rose Wagner (The Raveonettes), and Low, among others, are to be found on this new effort. A genuine study in the art of attention to detail, Lost is the kind of record one can only produce after endless months of studio isolation, long nights invested in instrument experimentation, and trashed analog consoles. Though the Trentemøller sound is left intact, as a whole, this album doesn’t sound like anything he’s ever produced before. “People might have wanted something similar to the last album, but if you get to the point where you’re listening to what other people think your sound should be like…well, that’s not for me,” says Anders Trentemøller.