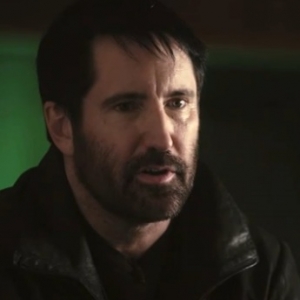 I Dream of Wires: Hardcore Edition is a companion to the forthcoming theatrical cut of the documentary I Dream of Wires, set to premiere Spring 2014. An alternate/extended cut, I Dream of Wires: Hardcore Edition is 4 hours in length, custom made for hardcore modular synthesizer and electronic music fanatics. Originally intended as a limited-edition pressing, available exclusively to IndieGoGo and pre-order customers, interest and demand for the 4-hour Hardcore Edition has surged since copies were shipped in August. The film is an independent documentary epic exploring the history, demise and resurgence of the ultimate electronic music machine, the modular synthesizer.

Today they premiered an exclusive, 12-minute clip featuring Nine Inch Nails’ Trent Reznor and Alessandro Cortini from the film. You can watch it above. A trailer for the film can be seen here.

I Dream of Wires: Hardcore Edition includes a lengthy historical primer, exploring the early development of modular synthesizers from pioneering companies Moog Music Inc. and Buchla and Associates, right through to the near-extinction of these instruments, brought on by the introduction of portable, digital synthesizers in the ’80s. From there, the rebirth of the modular synthesizer is retraced, leading into the phenomenal resurgence of the modular synthesizer. Along the way is some in-depth exploration of the passions, obsessions and dreams of people who have dedicated part of their lives to this esoteric electronic music machine. What started out as a “vintage-revival scene” in the ’90s has grown into an underground phenomena with a growing market of modular obsessives craving ever more wild and innovative sounds and interfaces. Today, the modular synthesizer is no longer an esoteric curiosity or even a mere music instrument — it is an essential tool for radical new sounds and a bona fide subculture.

The album will be available on 2xLP, cd, and digital, and the blu-ray/dvd of the film can be obatained here. Please inquire about press copies of the film.

Solvent
New Ways: Music from the Documentary I Dream of Wires
Out February 11th 2014 on Suction Records