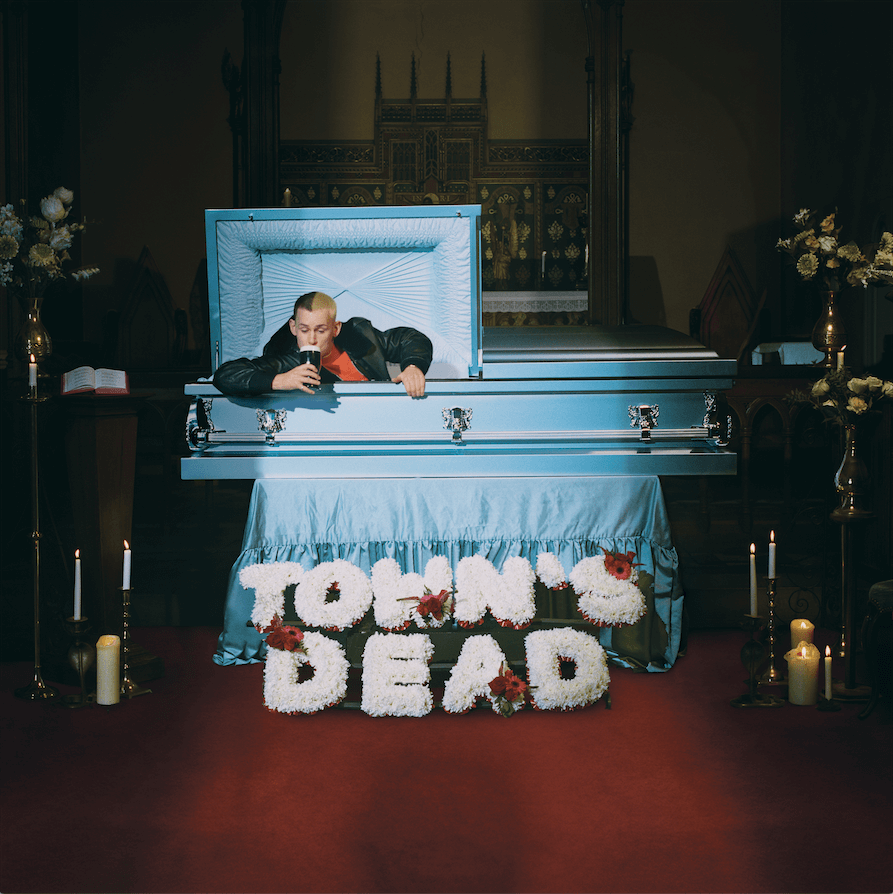 Kojaque is a rapper, visual artist and filmmaker. The native of Ireland has announced his debut album Town’s Dead will come out, on June 25th 2021 via Soft Boy Records label via [PIAS]. Kojaque has toured with Lana del Rey, was featured on slowthai’s Nothing Great About Britain tour, and collaborated with slowthai’s producer Kwes Darko on Town’s Dead. The record label he co-founded has been the subject of its own Boiler Room documentary.

Town’s Dead is described as an expansive concept album that unravels over 16 tracks, documenting a tumultuous love triangle that unfolds across New Year’s Eve, with results that are both cinematic and deeply personal. Through breakups and breakdowns, Town’s Dead teeters on the brink, spilling from the mind of a singular talent onto streets scaffolded by a broken system but still suffused with love.

Town’s Dead comes from the potential that I see in Dublin and in the people I’m surrounded by day in and day out. There’s nothing but talent and ambition among young people, I’m constantly reminded of that through the art and music that I see being made but I think so often the city grinds you down, it takes your hope and your ambition. I know that it can change because so many of my friends express the exact same wants, desires and frustrations with living in Ireland. If so many of us are on the same page then I know that things can change, there just needs to be some sort of catalyst to kick start that change and for me that’s always been art and music. Time and time again, amazing art continues to be made in spite of the struggles and setbacks that are presented when living here. The title track and the album is a fight against what can sometimes feel inevitable, it’s a rejection of what people tell you is your destiny as a young person in the city, Town’s NOT dead it’s just Dormant.