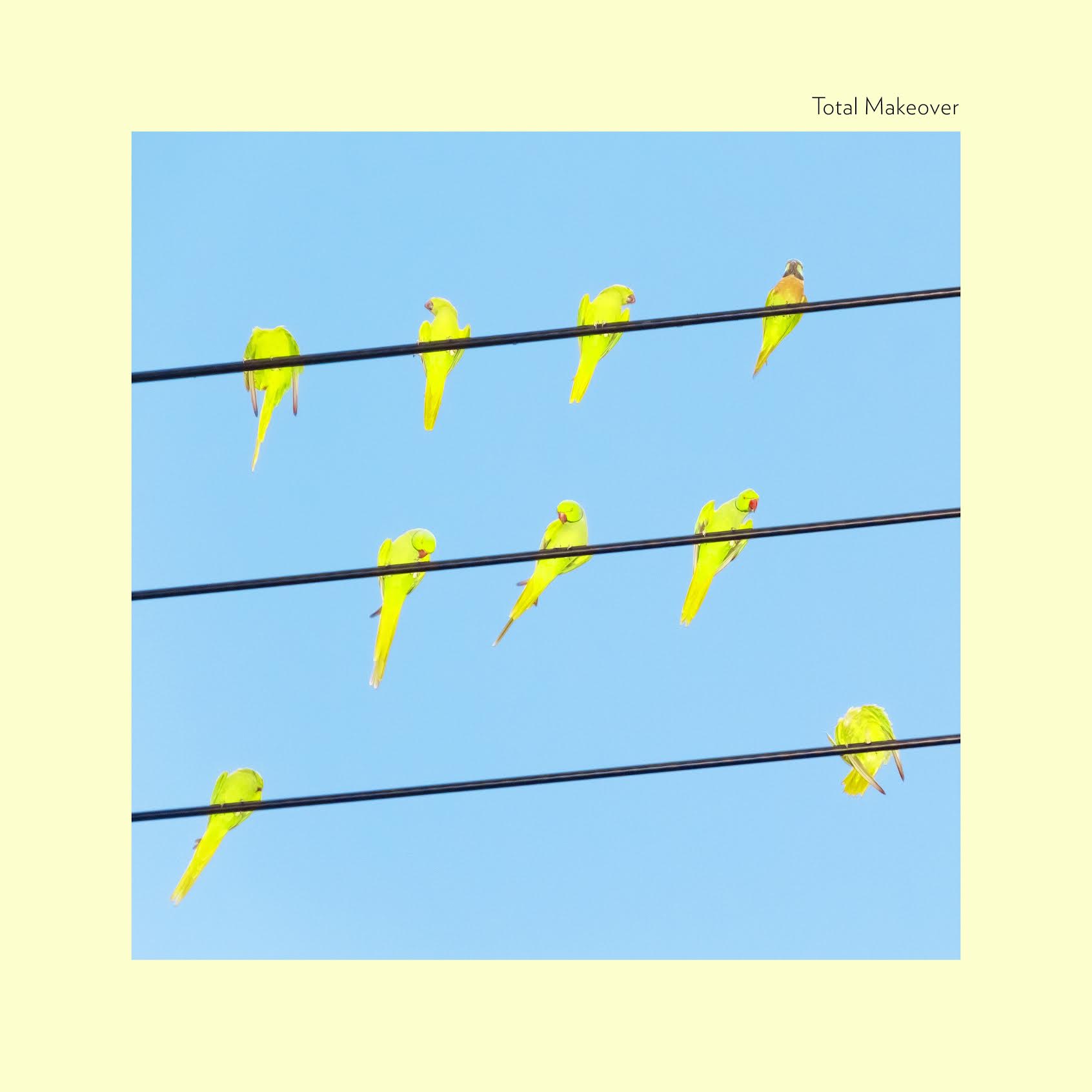 Brooklyn-based Total Makeover, led by frontman Noah Stitelman, is a remodeling of Noah’s previous synth-pop/electro-pop band Neighbors. Noah is joined by his Neighbors bandmates Brian Harney and Julie Noyce, as well as Sam Hendricks, for Total Makeover and the act is dropping its 5-song-long, self-titled debut EP, which was engineered and produced by Justin Gerrish (Vampire Weekend, The Strokes), on August 21st as a self-release. Total Makeover will be playing a record release show that day at Alphaville in Brooklyn.

While Noah’s two musical projects reside in the same synths-driven ‘hood, Total Makeover renovates the façade with restless and edgier rock-oriented sonics, while keeping general pop song structures intact (Please see The Killers for reference.). The first two and last EP tracks merge sleek ‘n’ shiny electro/synth-pop with sharp ‘n’ gritty post-rock to winning effect. Noah retains his knack for crafting incisive lyrics that capture the current youthful zeitgeist of malaise and apathy and which reflect upon the hidden inner life and relationship strife that haunt us all.

The first number off the EP, the indie-rocker “Girls With Boyfriends”, is a prime example of this lyrical acuity as an emotionally drained Noah drifts through the short-phrase, New Wave chorus, wearily, but tunefully intoning “No hope / No faith / Just a million dumb mistakes / I’m tired and useless.” These vocally dreamy, yet lyrically dreary chorus sections are couched between dynamic verses that cycle with an up-tempo, hard-hit drum beat, droning bass line, jagged guitar riffs, and high-pitched guitar wobble. The chorus is extremely infectious as it sweeps through on scintillatingly bashed cymbals, a running bass line, and Noah’s languid vocals.

The peppy and propulsive lead single “Different Shapes” dirties up electronic pop with industrial rock smudges to ear-catching effect. A grimy, deep bass line, skipping drum slaps, and zestfully romping, but gritty keyboard notes blend with each other to create an exuberant rhythm. As the song progresses, chipper, squiggly keyboard notes worm their way in to the verses, as well as more sedately drawn synth lines. Noah’s vocals remain low-key throughout the tune, even when the pace of the chorus accelerates with super-reverberated drum beats and cymbal crash. A flurry of drum hits spark amid Noah’s unmoored words of “If you follow my lead / then ask no questions… please / If I follow your lead / I close my eyes and float.”

Total Makeover goes retro 1980s on “Self Destructive” with its drum machine-like ticking beat, growling bass line, and bright spurts of synth notes. The cycle of the keyboard refrain and Noah’s simplistic lyrics and vocal delivery, however, are far too repetitive and superficial. Noah sing-talks mildly “I spend my days / searching for you.” over and over again – and he just doesn’t know when to quit. The reflective, memory-filled quasi-alt-folk “New England Highway” changes the pop-rock game, opening with a heartbeat-like drum beat, dawning synth suspension, and Noah’s hushed vocals as he murmurs “Let’s get away… / Listen to some mix-tape you made when you were sixteen.” A slow, measured drum beat, acoustic guitar strum, and occasionally added limpid guitar lines materialize for a long moment, until Noah, reminiscing about the past, declares “Just like that, we’re older.” The song suddenly opens up and intensifies with sizzlin’ synth notes, a faster drum tempo, and bashed cymbals as Noah wordlessly coos and exclaims the killer line “I am begging for life.”

The upbeat EP-ender “Either Way” is both an ode to the (mis)adventures of youth and a lament on the inexorable march of time. It vibrates vibrantly with vitality, zipping by at a frenetic pace of highly changeable drum beat and cymbal crash, ebullient synth notes, and breezy reverb guitar lines. Noah’s rapidly sung-spoken words flow by like a fast-moving river as he coerces “Skip your stupid classes / and come hang out with me.” The overall sonic vibe is one of optimism and zest for life, but the lyrics belie this fact as Noah admits to a lover that “In every single way I feel to too old for you / and in every single way you seem so young to me.” and that “I just can’t relate to half the human race.” True that! 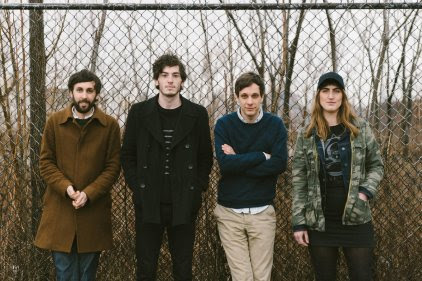