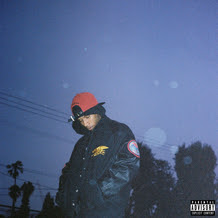 On Friday, Tory Lanez has released Cruel Intentions, a collaborative EP with cult LA label WEDIDIT. Stream the EP, featuring productions from RL Grime, Baauer, Shlohmo and D33J in addition to one track produced by Lanez and Play Picasso, stream all the tracks below.

The EP is the first in a series of projects from Lanez, culminating in a debut album next year. Lanez recently debuted the video for EP track “Acting Like,”

Rising rapper, singer, songwriter and producer Lanez, born Daystar Peterson, rose to prominence following the release of his mixtapes Lost Cause, Conflicts of my Soul: The 416 Story and Chixtapes 1 and 2. Born and raised in Toronto, Ontario, Lanez currently lives in Miami.