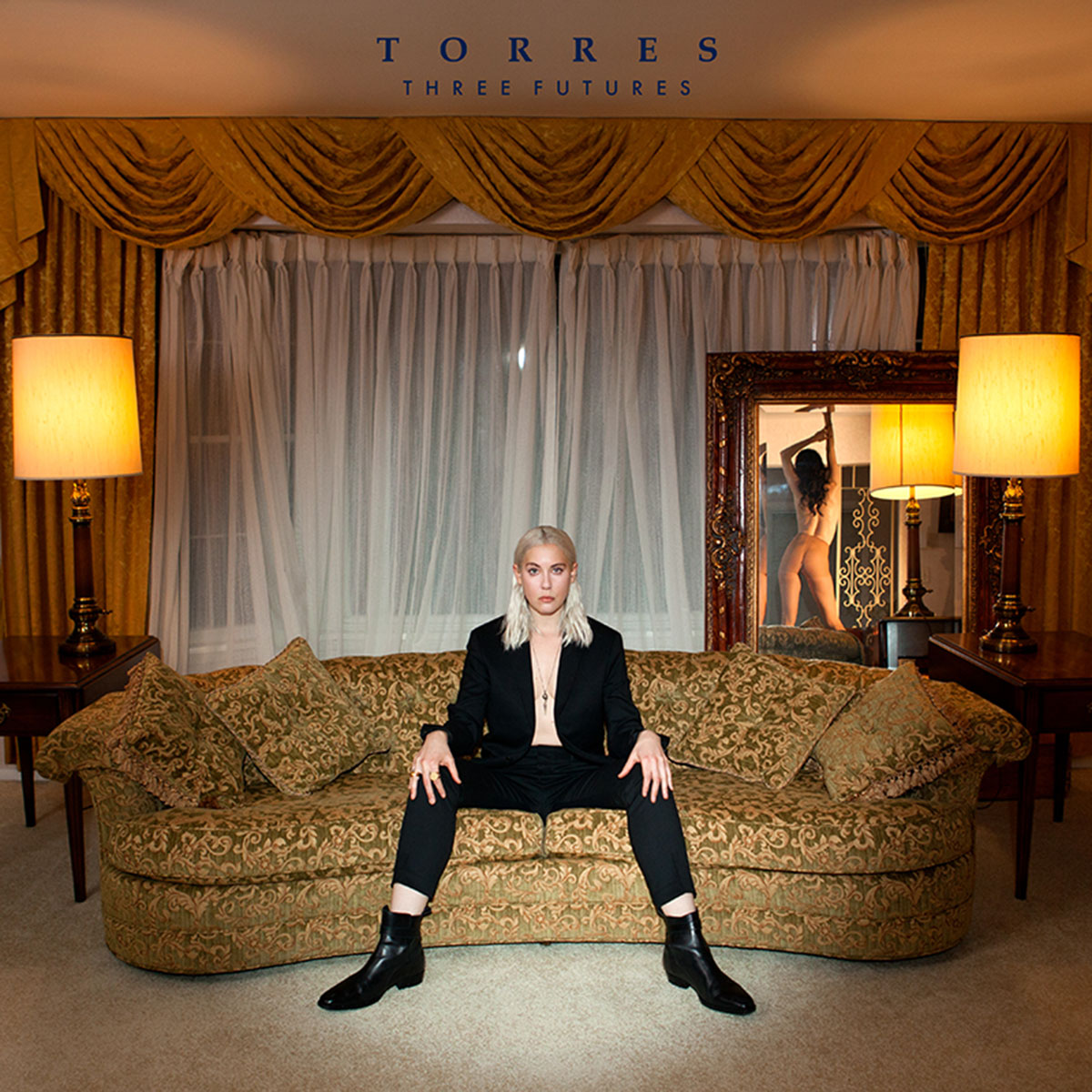 For her third record, Mackenzie Scott (aka Torres) ditches a lot of the more standard alt-rock that she had been throwing her heavy lyricism and bizarre tones over. Ditching these basic structure she crafts some truly haunting and memorable music, making a lot out of looser compositions. This said it will not be for everyone and despite the powerful work behind may be a more testing than inviting listen.

On an unnerving tilt “Tongue Slap Your Brains Out” starts the album out on an ambient beating and sparse composition. As the venomous edge of the lyrics pulls listeners in and throttles them at a moment’s notice, there’s something wonderful as the music does this as well.

Hitting out with brash beats and a sharp synth line, “Skim” has a looming tension running through its every note. When its melodies and vocals finally run into each other, there’s a powerful sense of relief that makes each lick more exciting.
“Three Futures” comes in with snaking guitar lines that have the same edge as a St. Vincent hook, while her vicious lyricism brings its own edge to the vocals. As the synth line lifts them both together, they start to play off each other in a wonderfully warped and bouncy dance. Flickering her guitars on “Righteous Woman” there’s a constant excitement as the guitars go from barely alive to a roar. Jumping up and down the scale with her voice while making clever comments on gender tropes, she brings it on both fronts once again.

With electronic breaths of life, “Greener Stretch” crawls along as its raw, emotive notes let it all out patiently. Turning the tones to a sunny rush in every chorus, there’s a subtle wail to the guitars that show an even deeper sense of release. “Helen in the Woods” beats with a hard-rock charge as the dark synth lines create an evil-toned attack on the groove. One of the most abrasive on the record it’s also one of the most energetic and cathartic in its furious sense of attack and weird uses of bit-crushing.

“Bad Baby Pie” spins out on a rippling beat as Scott maintains a subdued vocal delivery, while the guitars slowly become a beast of their own through the building distortion. Moving into the finale, Scott starts to show her true colours, shrieking with a sense of anger and even a dull sadness as she reveals her deepest confessions. A loose tom beat drives “Marble Focus” as Scott reaches deep into her range to make sure each of the sparsely arrange moments on the track really punch through. In between these moments the guitar and beat work find a serene bliss as shimmering notes bounce off each other in expanding sound-scapes.

Getting creepy in her fractured vocal work, “Concrete Ganesha” is a harsh and heavy track as Scott sings as powerfully as her devastating beats. At times a little repetitive, her unhinged writing makes it all come together in a way you want to hear again and again. While once again a little to stretched out for its offerings, “To Be Given a Body” offers amazing beauty with a composition that spaces it all out far too much. Lyrically poetic and unnerving at the same time, it makes the most of the sparing moments it wants you to focus on most.