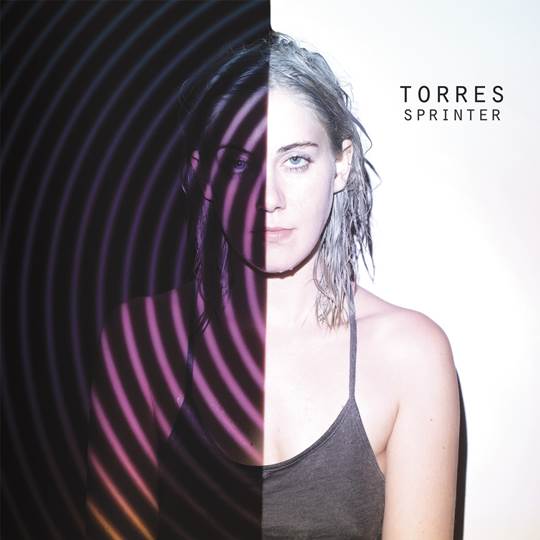 Torres, the Brooklyn-based singer-songwriter otherwise known as Mackenzie Scott, has signed a deal with Arts & Crafts. Her new album is Set for release on May 5th, TORRES pushes herself to even noisier extremes on Sprinter, a self-examination of spiritual and musical proportions. TORRES and Arts & Crafts have shared the album’s lead track, “Strange Hellos”, which illustrated Scott’s terse lyrics, vocals, and explosive attitude.

A keen awareness of Scott’s place in her family and in the world suffuses Sprinter, contributing to themes of alienation throughout. “You’re just a firstborn feeling left behind,” she sings on the ominously brewing “Son, You Are No Island,” which references one of Scott’s influences on this record: English poet John Donne’s 1624 poem “Devotions Upon Emergent Occasions.” Scott’s tortured wailing circles spirals downward around itself, reflecting in a dark mirror the feelings of an adopted child.

Scott escaped the confines of her churning mind in order to find herself by recording Sprinter in the market town of Bridport in Dorset, England; and then at the Bristol studio of Portishead’s Adrian Utley, with his guitar riffs and synthesizers lingering in the background like a lowland mist, and PJ Harvey’s Robert Ellis and Ian Olliver on rhythm – the two fortuitously reuniting 23 years after the release of Dry. The result is a “space cowboy” record. “That’s as simply as I can say it,” says Scott, who cites inspirations as diverse as Funkadelic and Nirvana, Ray Bradbury and Joan Didion. “I wanted something that very clearly stemmed from my Southern conservative roots but that sounded futuristic and space-y at the same time.”

Scott, was raised in Macon, GA, a long way from the picturesque seaside green, rolling hills in the south of England, but she had never been there before, and as a stranger in a strange land she found what she was looking for: a lost childhood. Sprinter was recorded in a room that had formerly been used as a children’s nursery, which combined with the alien landscape fuels the self-searching that roils TORRES’ music.

After sharing the stage at the Bowery Ballroom this week with A&C label mate Timber Timbre, TORRES is off to SXSW to begin a string of North American tour dates in support of Sprinter.