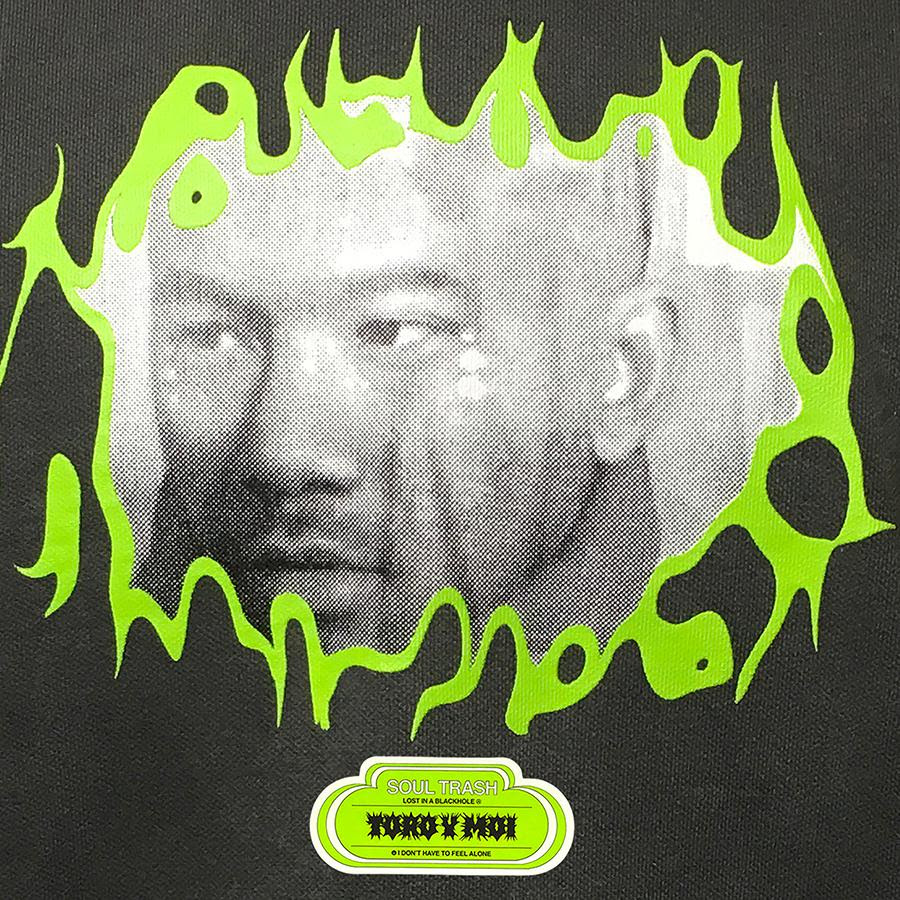 Speaking on the video, Billingsley says:

“Chaz Bear and I sought to create a vibrating immersive piece that mirrored the soft melancholic bounciness of the mixtape, making sure every delicate part was exactly how we envisioned. We wanted the video to feel like a sort of tour through internal rooms led by Chaz our tour guide, or soul guide if you will. With a handheld controller, grinning from ear to ear, Chaz navigates the turbulent internal atmosphere searching for each intangible floaty room buried within, each holding a different sound, feeling and sublime visual experience.”

Chaz Bear (formerly Bundick) was a musician from birth. Growing up, it was normal to hear music across genres, from Michael Jackson to Elvis Costello to The Specials, in the Bundick household. These influences were quite unique for a biracial kid growing up in South Carolina, contributing to the complexity of Chaz’s self understanding and expression through his own music.

Chaz began playing and recording original compositions in his preteen years, forming multiple indie bands starting in middle school and continuing until his personal project, Toro y Moi, was signed by Carpark Records in 2009. Before getting signed, he was already an incredibly prolific artist, having released over 10 Toro y Moi albums on his own (and undoubtedly retaining a vast compendium of unreleased songs). His personal work drew upon a more vast array of influences than did his full band. Early Toro work called upon Chaz’s childhood exposure to 80’s R&B, pop and electronic music, while also evolving with his discoveries of acts like My Bloody Valentine and J Dilla and his burgeoning interest in French house. Just before his graduation from the University of South Carolina, where he earned a degree in graphic design, Chaz caught the attention of music bloggers and record labels with his dreamy, bedroom recordings, eventually compiled into his first album under Carpark Records, Causers of This