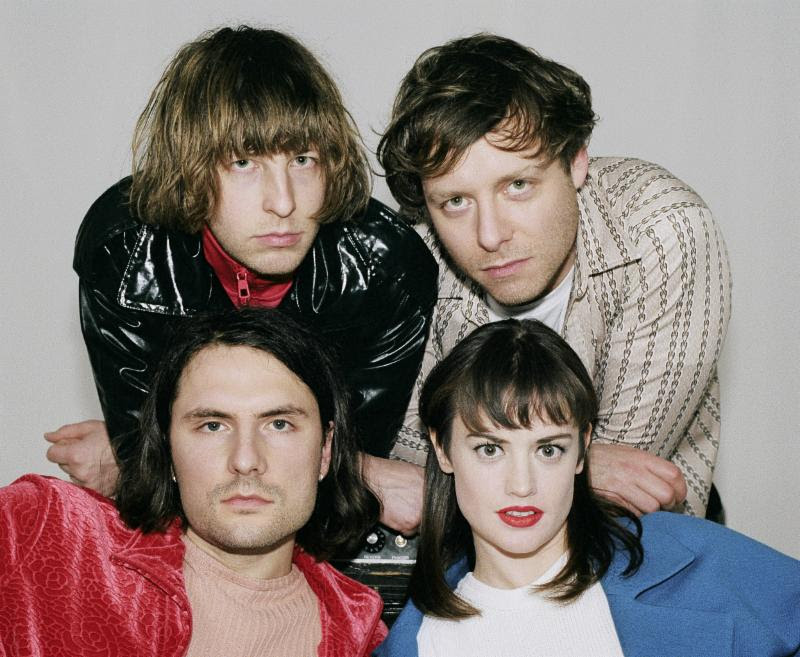 After announcing their new album Montreal’s TOPS are back to share the video for “Petals”. The clip, which frontwoman Jane Perry directed herself. The band, enlisted some of Los Angeles’ top celebrity impersonators so that they could party with the likes of Prince, Michael Jackson, and Madonna.

“‘Petals’ is a song that tries to capture the energy and positive feelings of our band,” Jane explained to Dazed. “I invited all these people to come (to the video shoot) from online gig sites. Me, a good friend, and another friend decided to put it together and see if it would work. We were able to shoot on 35mm film, so it ended up with a strangeness and a cinematic quality that exceeded my expectation.”

For Sugar At The Gate, their third and most ambitious album to date, TOPS peaced out to LA. They lived and recorded at “Glamdale,” a mini-mansion and former brothel located in the Jewel City, Glendale, CA. The unassuming record unfolds slowly, taking time to reveal itself. Like nearly everything TOPS does, multiple meanings overlap with the album’s title referring to orgasm, but also to carrot chasing, gatekeeping, and the social contract.