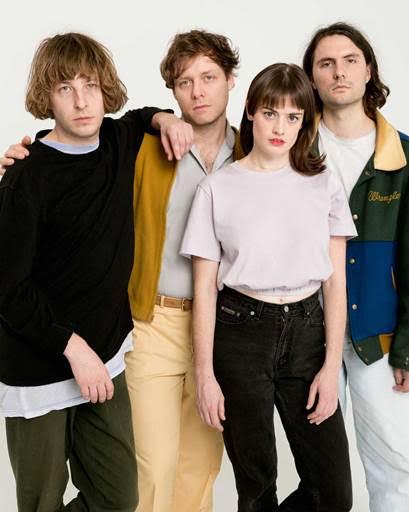 PHOTO CREDIT : Richmond Lam
Share on TwitterShare on PinterestShare on PocketShare on RedditShare on FacebookShare on Email

In advance of their new album Sugar At The Gate, Montreal’s TOPS are back to share “Further”. “‘Further’ lays between the realization that you’ve restrained your true feelings and allowing yourself the freedom to want more,” explain Jane and David from the band. “It’s an emotional song, but I hope ultimately it’s uplifting.”

For the recording of Sugar At The Gate TOPS headed out to Los Angeles. They lived and recorded at “Glamdale,” a mini-mansion and former brothel located in the Jewel City, Glendale, CA. The unassuming record unfolds slowly, taking time to reveal itself. Like nearly everything TOPS does, multiple meanings overlap with the album’s title referring to orgasm, but also to carrot chasing, gatekeeping, and the social contract.