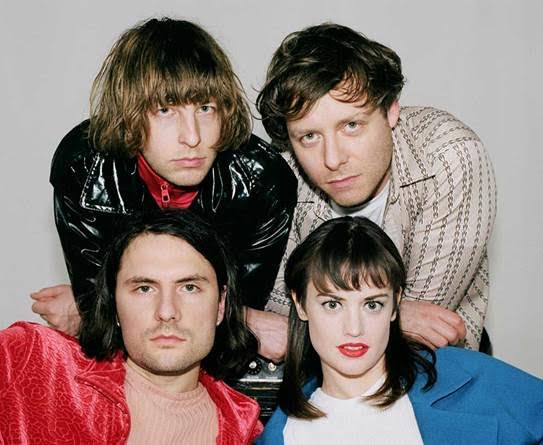 For Sugar At The Gate, their forthcoming third album, Montreal’s TOPS peaced out to LA. They lived and recorded at ‘Glamdale’, a mini-mansion and former brothel located in the Jewel City, Glendale, CA. Set for release on June 2 through Arbutus Records, the unassuming record unfolds slowly, taking time to reveal itself. Multiple meanings overlap with the album’s title referring to orgasm, but also to carrot chasing, gatekeeping, and the social contract.

Vocalist-songwriter Jane Penny took time during the recording learning how to drive in the Forest Lawn Cemetery parking lot. “Living in LA was living out a teenage fantasy, living with your band and practicing in the garage. It was also the first time we’ve ever had that much space to make music. I took the experience of living in LA as a challenge to make music that I know is real to me, in the sense of it feeling true and containing true feelings, but also recordings of great songs, the real thing.”

Jane Penny and David Carriere (guitarist-songwriter) contributed to the album’s lyrics as much separately as together. Layers of sarcasm and sincerity seem to enfold the group like flower petals. Huge jokers in conversation, their album’s vinyl download codes come folded up inside drug baggies.

All of TOPS’ recordings have been produced by the band, who have self recorded the majority of their work to date. Riley Fleck’s distinct and controlled drumming style is key to the arrangements on Sugar At The Gate. 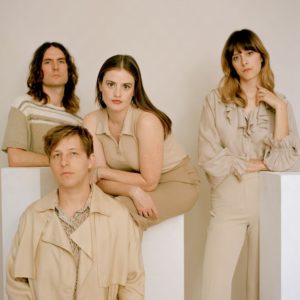