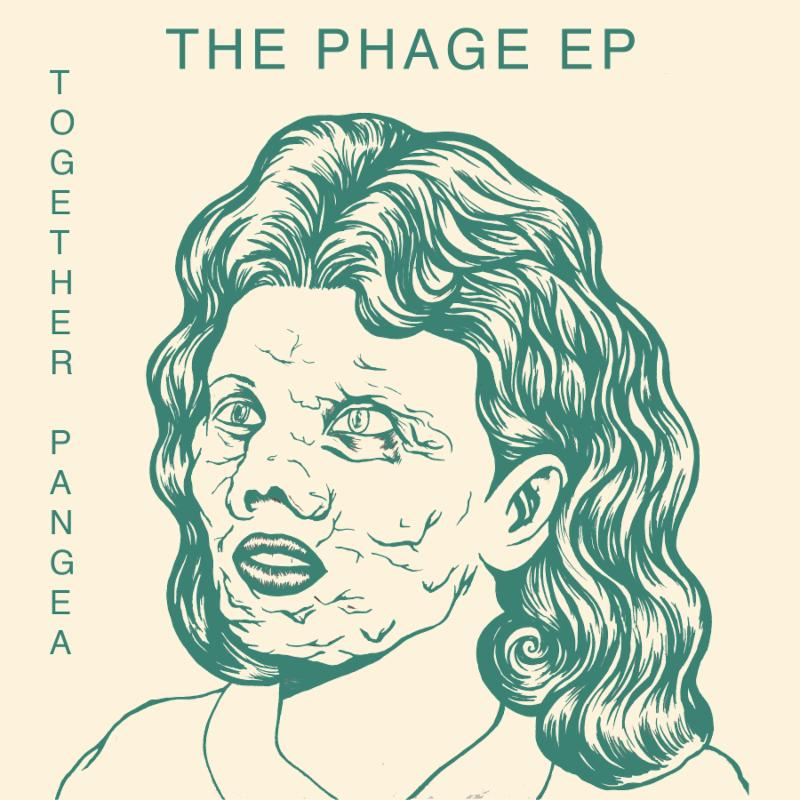 together PANGEA have released “Blue Mirror,” the second single off of THE PHAGE EP – produced by Tommy Stinson from The Replacements – which will be released on 12″ EP, cassette & digital on FRIDAY via Burger Records. The first single, “If You’re Scared,” is now available to stream.

“The Phage is essentially cabin fever, whether it be a cabin or a tour van that you’re trapped in for months.” Says singer/songwriter/guitarist William Keegan. “When things become funny for no reason and a little madness sets in, that’s when you start stealing organs with a teleportation ray. Just watch Star Trek Voyager.”

In April together PANGEA opened for The Replacements at the Hollywood Palladium, having just returned from a European tour. They’ll keep it going by heading out on a Fall 2015 headlining tour in support of THE PHAGE EP, and includes a stop at Fun Fun Fun Fest in Texas. The tour, which mostly features White Reaper as support, begins on October 30th at Legends Records in San Diego and wraps up on December 6th at Crepe Place in Santa Cruz.

together PANGEA began with lead singer-songwriter William Keegan recording songs on a 4-track tape machine as a teenager. The band truly began to take shape when bassist Danny Bengston and drummer Erik Jimenez joined. They began performing at CalArts and house parties in the Santa Clarita valley in 2008, soon venturing to house shows and DIY spaces throughout the West Coast. These initial grassroots tours were followed by shows at iconic LA venues such as The Echo, Echoplex, the Troubadour and The Roxy, as well as trips to Austin for SXSW. Their debut recording was 2010’s cassette onlyJelly Jam, released by Seattle-based label Lost Sound Tapes. Their second album Living Dummy was co-released on LP in the summer of 2011 by Burger Records and The Smell’s label Olfactory. Living Dummy was followed up by the Killer Dreams EP in early 2012. Their third LP BADILLAC was released by Harvest Records in 2014.