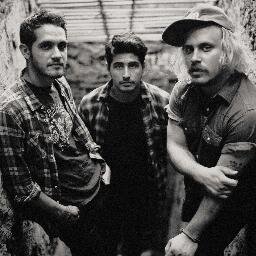 together PANGEA have announced the release of their upcoming full-length Badillac, out on January 21, 2014 via Harvest Records. Along with the announcement, the band is releasing their trailer for the album, featuring ketchup-and-mayo-smothered spaghetti, a dirty tub and album closer “Where the Night Ends,”. Following shows closing out the year with The So So Glos, Bleached & The Garden, together PANGEA will head out on a winter 2014 headlining tour in support of Badillac. The tour, which features Mozes and the Firstborn as support, begins on February 1st at Last Exit in Tempe and wraps up on March 5th at Bottom of the Hill in San Francisco. Full tour dates are below.

Recently, together PANGEA released their Snakedog 7-inch, featuring the title track on the A-side and Badillac track “Offer” on the B-side. The band also recently finished the Burgerama Caravan of Stars tour, where they were joined by The Growlers, Cosmonauts & Gap Dream.

together PANGEA began with lead singer-songwriter William Keegan recording songs on a 4-track tape machine as a teenager. The band truly began to take shape when bassist Danny Bengston and drummer Erik Jimenez joined. They began performing at CalArts and house parties in the Santa Clarita valley in 2008, soon venturing to house shows and DIY spaces throughout the West Coast. These initial grassroots tours were followed by shows at iconic LA venues such as The Echo, Echoplex, the Troubadour and The Roxy, as well as trips to Austin for SXSW. Their debut recording was 2010’s cassette-only Jelly Jam, released by Seattle-based label Lost Sound Tapes. Their second album Living Dummy was co-released on LP in the summer of 2011 by Burger Records and The Smell’s label Olfactory. Living Dummy was followed up by the Killer Dreams EP in early 2012. together PANGEA have played shows with Wavves, The Black Lips, FIDLAR, Ty Segall, Mikal Cronin, King Kahn and the Shrines, Nobunny, Redd Kross, Guitar Wolf, The Strange Boys, and many more.

All other dates w/ Mozes and the Firstborn

4. Does He Really Care

12. Where the Night Ends