TODAYS Festival lineup Is One Of The Best 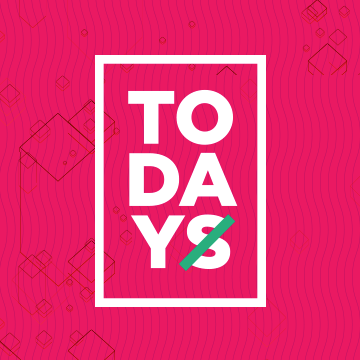 The fifth edition of TODAYS Festival will take place in Turin from 23 to 25 August 2019. During the three intense days of programming, the north axis of the city of Turin will host what has become one of the finest festivals of the Italian season with a ambitious lineup, capable of mixing international legends and new stars, shaping today in music, art and creativity, both through an overwhelming billboard that intercepts and enhances the current artistic language in sounds and images, both through the choice of physical spaces, venues of events, which will become the crossroads of sounds that propagate along the architectural spines of the regenerated industrial archeology of the urban periphery that holds them, preserve them, shuffle them, reverberate them and let them spread.

Th first wave of artists has been announced, and it’s not to shabby at all, including BEIRUT, HOZIER, JARVIS COCKER, THE CINEMATIC ORCHESTRA, NILS FRAHM, SPIRITUALIZED, LOW, JOHNNY MARR, DEERHUNTER, BOB MOULD, BALTHAZAR, PARCELS-ONE, TRUE PAIRING, ADAM NAAS, GOLD PANDA, and many more to be announced.

The last weekend of August, from early afternoon to later night, the City of Turin presents TODAYS, a festival dedicated to contemporary artistic expression, with particular attention to music and its different languages. With over 30,000 persons from the last year edition, a lineup for 2019 is very ambitious. Mixed international legends and new music stars will be performed.

Two main stages, a few steps from each other. The green grass in sPAZIO211 hosts the only Italian live shows of international artists as PJ HARVEY, RICHARD ASHCROFT, BAND OF HORSES, THE SHINS, MAC DEMARCO, WAR ON DRUGS, MY BLOODY VALENTINE, MOGWAI, EDITORS, INTERPOL, M83, JESUS AND MAY CHAIN, GOAT, TV ON THE RADIO, ECHO AND THE BUNNYMEN and many more, next to new interesting names of the national scene as a KING GIZZARD, ARIEL PINK, PERFUME GENIUS, TIMBER TIMBRE, Crystal Fighters ,… The internal square of the former INCET – National Electric Cable Industry Turin, object of an important urban renovation work, is the ideal post-industrial setting to show the passions and fears of our time, with live exhibitions of electronic artists as JOHN CARPENTER, SOLWAX, MOUNT KIMBIE, SHED, MAX COOPER, KARENN, A MADE UP SOUND, TERENCE FIXMER, DBRIDGE, MONO JUNK….

Todays festival explores and crosses the borders between different disciplines: the Contemporary Art Museum Ettore Fico hosts exclusive and site specific projects in which music becomes a sounding board of the different contamination with other arts, while the Art Gallery Gagliardi and Domke for three days becomes the headquarter of the educational section, ToLab: an opportunity to meet opinion makers, artists, experimenters, producers, journalists, designers and to exchange experiences, discuss the issues related to music industry and technology.

In the urban park Aurelio Peccei, realized and recognized as the first totally eco-friendly park in Italy, is the evocative setting for special projects.