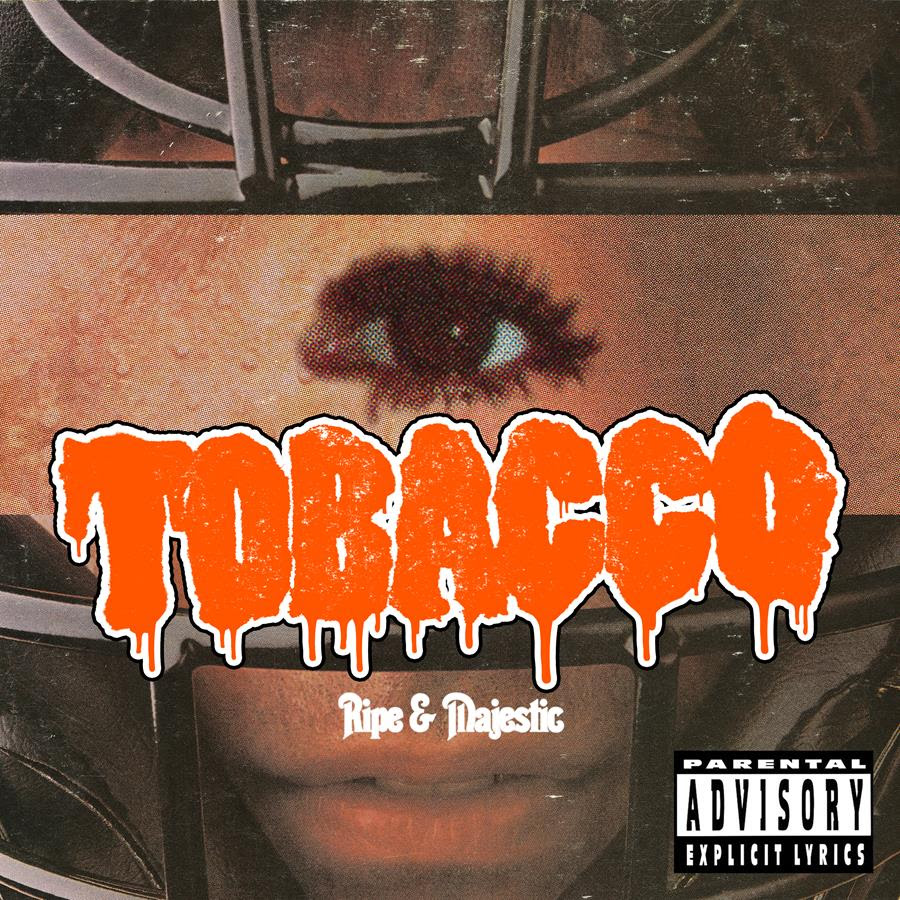 TOBACCO has an album of old stuff. In dealing with the CD plant he specifically asked for “wallet style packaging without the plastic tray.” He said he also wanted the vinyl to be silver “if possible” and that request had to be send to the vinyl plant. Today is not the release day.

“Wig Blows Off” clangs and stomps like World War III, “Piss Vader” also does that. Like a Moog piano on the fritz, “Old Man Kid” is like the sounds of World War III on a Psilocybin trip through the history of psychedelic music. If you were to listen to “Eye Panch” on drugs, most of what you heard would be reminisced when the drugs wore off. Were you to ask a seasoned writer to describe what being on acid with weed is like, they could only reply “look up *acid* in the dictionary, friend… next to that you will find a picture of the artist TOBACCO…”