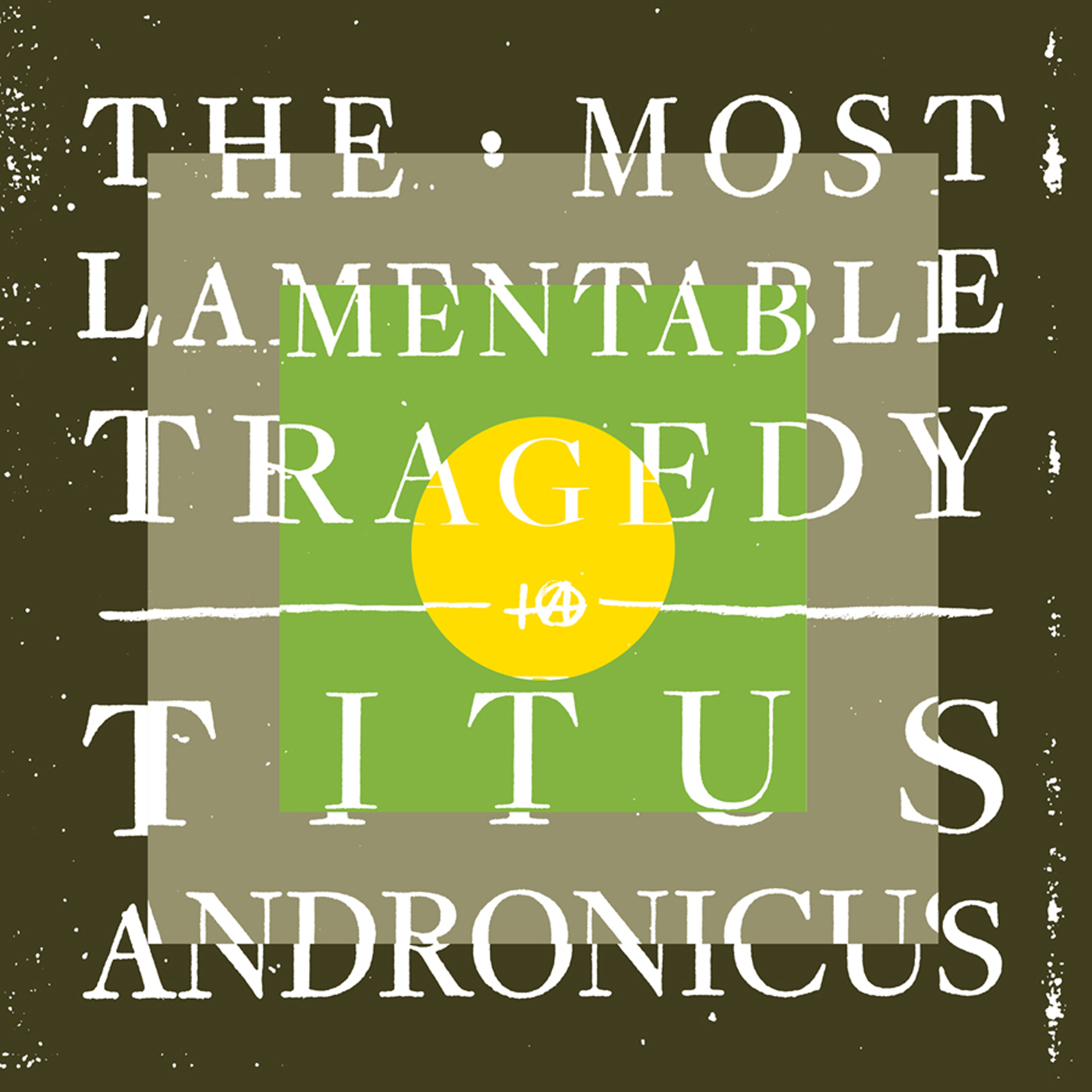 The Most Lamentable Tragedy

On July 28th, Titus Andronicus (+@) are set to release their debut for Mege Records, The Most Lamentable Tragedy. After an album lyrically influenced by the Civil War and, more recently, an exercise in off-the-floor recording, +@ return with their most ambitious project to date: a 29 song, 3LP rock opera in five acts. Joining the regular lineup are a cast of impressive guests, including contributions from Owen Pallett on violin and Elio DeLuca on piano.

Length and ‘other’ instruments aside, TMLT is the strongest set of songs that Titus Andronicus has delivered to date. The album’s first act opens with “No Future Part IV: No Future Triumphant”, a jumpy pop-punk song with leader Patrick Stickles’ growling vocals at the forefront, more Burns than Westerberg. Songs like “I Lost My Mind” and “More Perfect Union” showcase some of the variety that +@ can inject into their music, forgoing the typical ’77 punk formula. The latter is a slow building song that lasts over nine minutes, featuring elements of traditional celtic music and pan flutes as accompaniment.

After a brief unison chorus of “Glory In The Highest” (listed here as “Sun Salutation), the second half of the album jumps directly into “(S)HE SAID / (S)HE SAID”. The song begins with a Sabbath inspired riff, before doubling the tempo, switching to straight time and nearly falling off the rails. Stickles delivers his biting social commentary from the perspective of an everyperson whose emptiness is cured by consuming, eating and sex: “this nameless ache that never sleeps, I’ll put it somewhere it won’t bother me, maybe inside someone else”. Musically, Titus Andronicus are toying with a variety of different rock references throughout TMLT, but always return to the Replacements tinged, everything-falling-apart, youthful exuberance that they’re best known for.

Rounding out the album are a set of covers. “I Lost My Mind” by Daniel Johnston comes in the first half, and “A Pair Of Brown Eyes” by The Pogues in the second. “Stable Boy” closes out the album’s fifth act, a solo performance featuring Stickles on organ. It’s a blown out, near seven minute romp that is constantly in the red; production wise, this makes Stickles vocals stand out even more. The lyrics are nihilistic but accepting, a perfect end to an album that runs the gamut of human emotion: “now I know why I was born to die, I been informed of forever”.

TMLT is a defining moment in +@’s history, and undoubtedly their strongest set of songs to date. It would be near-impossible for most bands to create a meaningful rock opera in today’s bloated musical environment, but TMLT is a success.