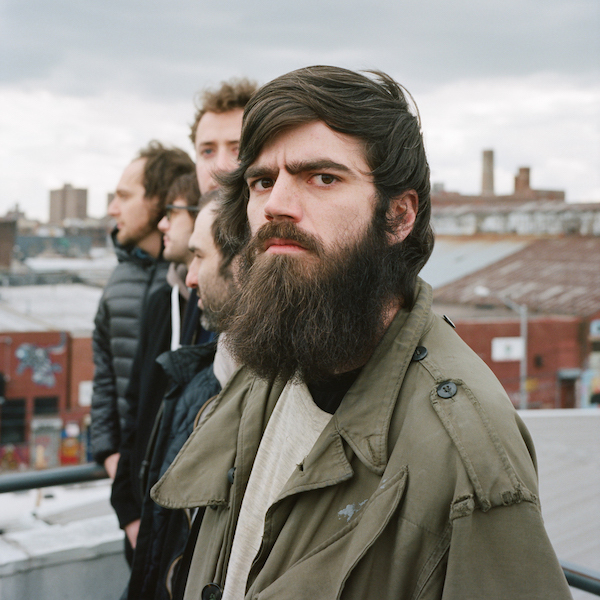 With their May 2016 North American Tour now complete, What better time, then, to reveal another video from the hotly anticipated new live LP, S+@DIUM ROCK : FIVE NIGHTS AT THE OPERA, available July 29th (digital) / August 5th (physical) from Merge Records? +@’s legions of devoted fans have already marveled at the previously shared video for “I Lost My Mind”/”Fatal Flaw,” and, today, we see a second serving slopped onto the plate in the form of “Sun Salutation”/”No Future Part V : In Endless Dreaming,” two more selections from last year’s rock opera, The Most Lamentable Tragedy [hereafter TMLT]. Rather than a rote recitation of these beloved TMLT deep cuts, the acapella hymn “Sun Salutation” and the piano/vocal ballad “No Future Part V” are presented here in all-new, fully electric arrangements,

“'[No Future] Part V’ was originally conceived as a mid-tempo alt-rocker in the vein of bands such as Everclear,” +@ singer-songwriter Patrick Stickles explained, writing from the dizzyingly elevated 19th floor of Barcelona’s Princess hotel, as the band prepared for their third (non-consecutive) appearance at the prestigious Primavera Sound Festival. “Considering its place in the rock opera narrative, however, coming at the point where Our Hero is most completely alone and disempowered, having revealed himself as the sole architect of his sorrowful fate, the bleak, spartan arrangement we hear on the record was only appropriate. In the live concert setting, we are not so beholden to the aesthetic parameters demanded by said narrative and we free to rock in accordance with the original vision.”

S+@DIUM ROCK will be available digitally July 29, 2016 (a year and a day after the release of TMLT, thus completing the hero’s journey) and as a limited-edition 12-inch LP on August 5.