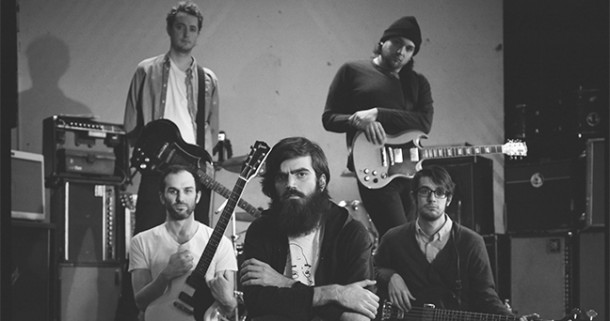 After announcing their new album A Productive Cough. Today, sees the release of A Productive Cough: The Documentary, a sixty-minute film from director Ray Concepcion, which offers the curious observer an unprecedentedly intimate look “behind the scenes” of +@’s new album. The viewer will become a proverbial “fly on the wall” as ever-undaunted singer-songwriter Patrick Stickles, veteran producer Kevin S. McMahon and a sprawling cast of the northeastern seaboard’s most elite musicians navigate the choppy waters of the modern recording process, valiantly laboring to execute +@’s most defiant and challenging vision to date. Watch A Productive Cough : The Documentary, below.

Between the laughter and tears, eager listeners will also have their appetites aroused upon their first taste of newly minted +@ classics “Real Talk,” “Crass Tattoo,” “Home Alone,” and “Mass Transit Madness (Goin’ Loco’),” while even the least-interested bystander will be unable to help from gaping in wonder at the bucolic splendor of New York’s Hudson Valley, captured by Concepcion’s loving lens.

Across several extensive sessions from April through August of 2017, Concepcion kept vigilant watch over +@’s every move, amassing some fifty hours of footage. Along the way, he witnessed the formation of the piano-and-guitar duo configuration of Stickles and keys wizard Alex Molini (soon to dazzle stages across North America on +@’s first-ever “acoustic tour”), among the countless other priceless moments which make A Productive Cough : The Documentary the most enthralling glimpse into the studio since Some Kind of Monster.

“[Ray Concepcion] is one of the most singular artists I have ever known, as well as one of the most principled and most disciplined,” Stickles said, “and his steadfast, ruthless dedication to excellence pushed me to reach for that same standard – in the presence of such a samurai, one can not help but strive to sharpen the sword, so to speak.”