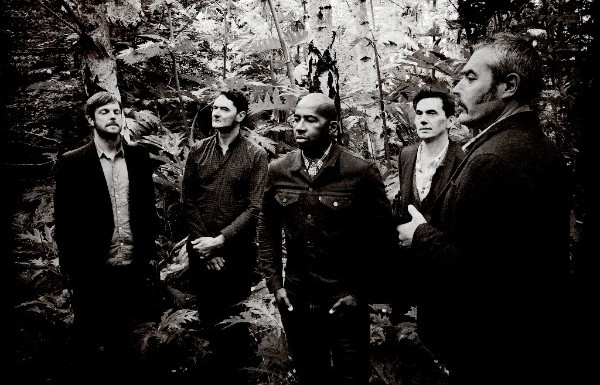 On January 22, 2016, Tindersticks will release their new album, The Waiting Room. A milestone not just numerically (their 10th), but musically and creatively, this is Tindersticks’ first studio album since 2012’s critically acclaimed The Something Rain. Two decades into their musical voyage, Tindersticks are a band now confidently creating the most ambitious songs of their career with the most ambitious, diverse and elaborate album from them in recent years.

Featuring guest appearances by Jehnny Beth of Savages and a particularly poignant duet with Lhasa De Sela, a dear lost friend of band leader Stuart Staples, the new work is filled with emotion. Its brass arrangements are by Julian Siegel and it comes dressed in a sleeve by legendary French photographer Richard Dumas.

Not only an album, but an ambitious collaborative film project, each track is accompanied by a short film by its own director. These visual interpretations feature renowned filmmakers such as Christoph Girardet, Pierre Vinour, Claire Denis, Rosie Pedlow and Joe King, Gregorio Graziosi, Richard Dumas and Gabriel Sanna.

Listen to the album’s premiere track for “We are Dreamers!” featuring Jehnny Beth of Savages, and watch the accompanying short film by Brazilian director Gabriel Sanna, available below.

The Waiting Room will be available as a limited edition CD/DVD, LP/DVD and very limited clear vinyl LP/DVD, worldwide through City Slang, who recently celebrated their 25th anniversary and opening of a US office.

The Waiting Room Tracklist:
1. Follow Me
2. Second Chance Man
3. Were We Once Lovers?
4. Help Yourself
5. Hey Lucinda (feat. Lhasa De Sela)
6. This Fear of Emptiness
7. How He Entered
8. The Waiting Room
9. Planting Holes
10. We are Dreamers! (feat. Jehnny Beth)
11. Like Only Lovers Can

Tindersticks – We are dreamers! from La Blogotheque on Vimeo.