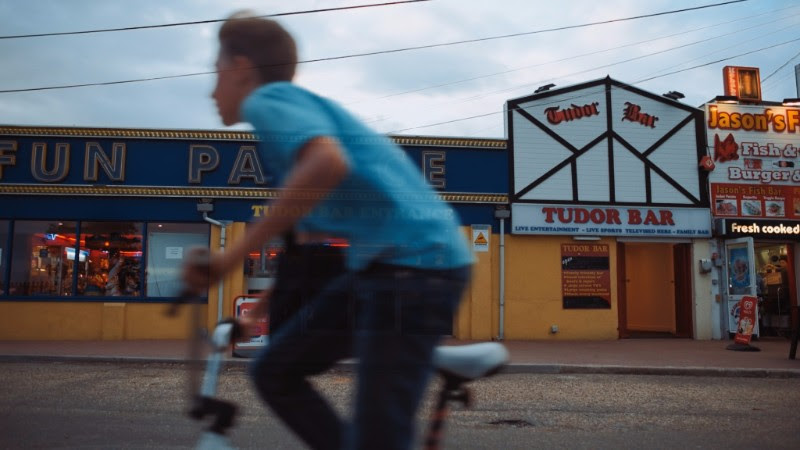 Throughout their two-decade career, Tindersticks have become known as masters of restraint and human emotion, led by the rich baritone of Stuart Staples. On January 22nd via City Slang, the band will release The Waiting Room. It’s also a collaborative film project where each song on the album will be accompanied by a short film. The idea for this was created in conjunction with the Clermont-Ferrand International Short Film Festival and its chief Calmin Borel. Calmin’s knowledge of short film coupled with Tindersticks’ very definite sense of aesthetic were a strong foundation for this concept. Specific filmmakers were approached with a different song from the album, resulting in a varied collection of styles and techniques that are a perfect foil to Staples’ intimate relationship with the songs.

Tindersticks announced the project with “We are Dreamers!” featuring Jehnny Beth of Savages, one of the album’s duets, and its accompanying film by Brazilian director Gabriel Sanna. The band continues to reveal more about this project by presenting the stunning “Hey Lucinda” featuring Lhasa De Sela, a dear lost friend and creative ally of Staples. English directors Rosie Pedlow and Joe King created its accompanying film. Read Staples comments below on how “Hey Lucinda” and it’s short film came to be, and head over to Indiewire for further insight from the directors about the film.

“I started to write this song a long time ago – around 6am, walking the streets of central Cologne – I didn’t realize then that by pushing at the way a duet is structured – making this song more conversational, fluid – that the musical setting it actually asked for was beyond me. A ten-year struggle commenced, it became a joke in the band – ‘Time to try again with Lucinda…’ Along the way I visited my great friend Lhasa de Sela in Montreal and we spent a little time recording a version of ‘Hey Lucinda.’ She understood that it was not right for this song to lament; that underneath its ‘sad’ surface, it is full of mischief. After Lhasa’s death on New Years day 2010 I had to put the song (and her other recordings) away. I have only recently been able to listen to her sing again. As a band we approached the music again, just concentrating on that moment of conversation that we shared, giving it only just what was needed and hopefully catching some of that mischief!

When approaching the collaboration with Clermont-Ferrand Short Film Festival, Calmin Borel showed me ‘Sea Change’ by Rosie and Joe, I was moved to find out more. I felt the natural space and sense of place in their work could create a perfect setting for Lucinda – one of the most narrative songs on the album. The resulting film is both bold and delicate — sensitive to that narrative but not overtly descriptive. It plots its own course through the conversation, never imposing, always allowing the song to breathe within.”